Home News I can’t produce senators with N1 billion properties as my sureties –... 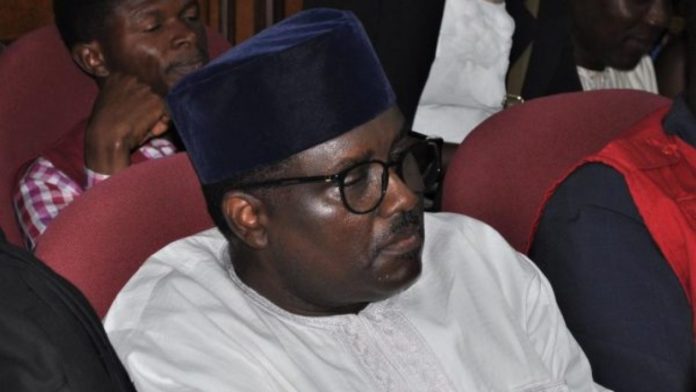 Maina, who was arraigned along with his firm, Common Input Property and Investment Ltd, has been on remand in Abuja since October last year due to his inability to meet the bail conditions.

He told Justice Okon Abang on Monday that the part of the bail conditions requiring him to produce two sureties who must be serving senators with landed properties worth N500m each in Maitama or Asokoro, two highbrow areas of Abuja, was excessive and stringent.

Maina who is being prosecuted by the Economic and Financial Crimes Commission (EFCC), urged the court to drop the said conditions in the interest of justice.

At the hearing of the bail variation application filed by Maina on December 6, 2019, the defendant’s lawyer, Mr. Afam Osigwe, said while his client had met other conditions, it had been impossible for him to get senators to serve as the sureties.

While commending the judge for granting bail to his client, Osigwe said the bail conditions were “excessive and impossible to meet”.

“The stringent and excessive nature of the conditions are evidenced by the inability of the first defendant/applicant (Maina) to meet those conditions as of today, January 13, 2020.

“The conditions he is unable to meet are set out in paragraph 4 of the affidavit filed in support.

“The sureties (proposed) whose names are also mentioned said they do not have properties worth N500m in either Asokoro or Maitama.”

He added that the fact that the judge granted bail to his client implied that the defendant deserved bail and his Nigerian and American passports along with his Dubai residence permit had been deposited with the High Court of the Federal Capital Territory in Abuja where he is being prosecuted for separate charges.

The judge adjourned further hearing of Maina’s application till Tuesday.

He also adjourned further trial till Tuesday to enable the third prosecution witness, Mavis Enabulele, to conclude his testimony.