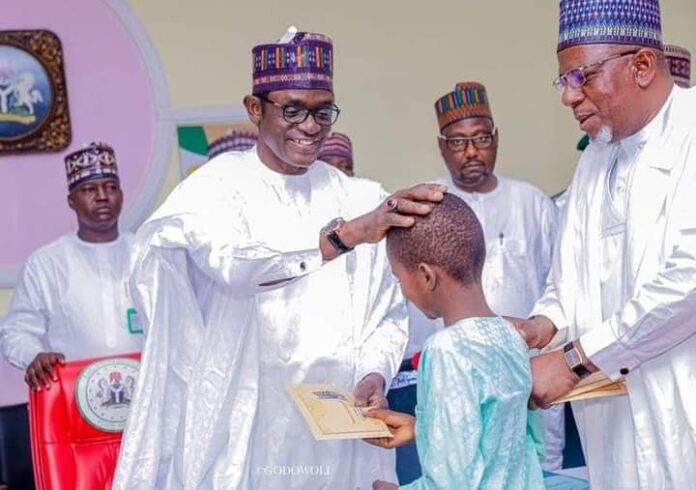 Yobe state Governor His Excellency, Hon. Mai Mala Buni, today supported 200 orphans from 17 LGA’s of the state with N50,000 each.

Gov. Buni said the gesture was to assist the orphans with a little start up capital to be introduced to skill acquisition and self reliance at a very early stage in life.

“It is our hope that this assistance will add value to your lives and future” Gov. Buni prayed.

The orphans whose age ranges between 9-14 years cut across the 17 LGAs of the state.

Ustaz Babagana Malam Kyari, Coordinator of the programme and Special Adviser to Gov. Buni on Religious Affairs, said this is the first time orphans in the state were supported in such a large number.

He said the gesture by the Governor would reduce the menace of street begging especially among orphans who have no bread winners.

Malam Kyari called on guardians of the orphans to support them and ensure judicious use of the resources.