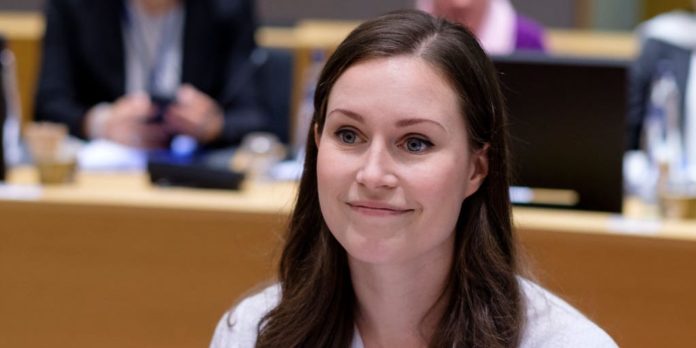 The Finnish parliament is due to elect Social Democratic deputy leader Sanna Marin as new prime minister at the helm of a coalition of five parties all led by women.

Marin is set to become Finland’s third female prime minister and the country’s youngest head of government at age 34. On her appointment, she will also become the youngest prime minister in the world, according to the Finnish daily Helsingin Sanomat.

The vote in the 200-seat parliament is considered a formality since all five parties in the outgoing centre-left coalition have agreed to continue to work together.

The Social Democrats on Sunday picked Marin as their candidate for the post of prime minister.

Several women have leading positions in the incoming government.

Centre Party leader Katri Kulmuni, 32, is to take over at the finance ministry, swapping her previous portfolio as economic affairs minister with Mika Lintila, Kulmuni said on Monday.

The coalition also comprises the Swedish People’s Party, which represents the minority Swedish-speaking population of Finland.

Their leader, Justice Minister Anna-Maja Henriksson, 55, will miss out on Tuesday’s vote as she is heading for a meeting in Washington between U.S. and European Union (EU) justice and home affairs ministers.

Finland is on the final stretch of its six-month EU presidency.

He resigned last week after the Centre Party lost confidence in him after a recent labour market dispute involving the state-owned postal service Posti.