Home News FG yet to begin recruitment of 774,000 workers – Keyamo 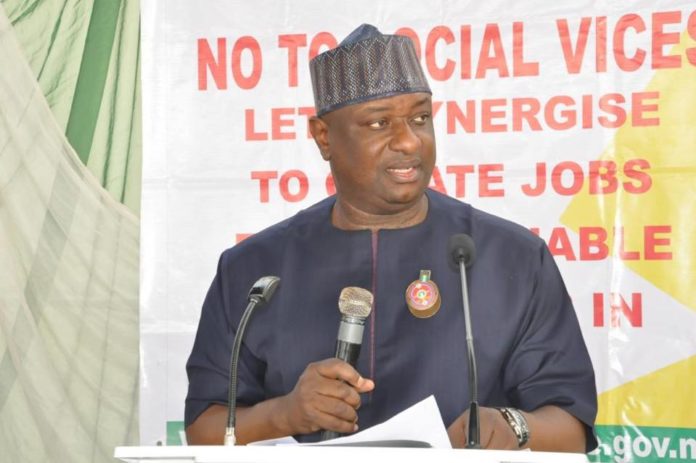 Festus Keyamo has said that the Federal Government has distanced itself from a website calling for applications for the employment of 774,000 across Nigeria as part of the special public works programme of the government.

Describing the website and portal as fake, the Federal Government said the exercise is yet to begin and its commencement would be properly and publicly announced.

In a statement, Mr Festus Keyamo, SAN, Minister of State for Labour and Employment, said: “My attention has been drawn to a certain advertorial circulating on Social Media tilted ‘Application Opens For 774,000 Employment By FG: See Requirements, Salary And How To Apply’.

“The advertorial goes ahead to state Stipends and Commissions, Requirements, How To Apply, Closing Date, etc.

“As the Supervising Minister over the National Directorate of Employment in which the Special Public Works Programme of the Federal Government is domiciled, and having conferred with the Director-General, Dr Nasiru Ladan Mohammed Argungu, we wish to alert members of the public that the said advertorial or anything of such presently circulating is fake and should be disregarded.

“I have just finished a consultation with the Hon. Minister of Finance and we are presently working out how the scope of the programme would be expanded and executed with other relevant Ministries and stakeholders across the country.

“The public would be duly informed by this office when all the modalities have been graciously approved by Mr President.

“We are also informed of instructions by certain persons going round in some States to the effect that names of those to be employed under the programme should be compiled. We also urge these people not to embark on an exercise in futility as the guidelines for such recruitment and those to be involved have not been released by the agency.

“Finally, we assure all that this well-intentioned programme of the Federal Government would be carefully planned and executed in such a way as to meet its target of empowering the largely unskilled labour in rural areas.”