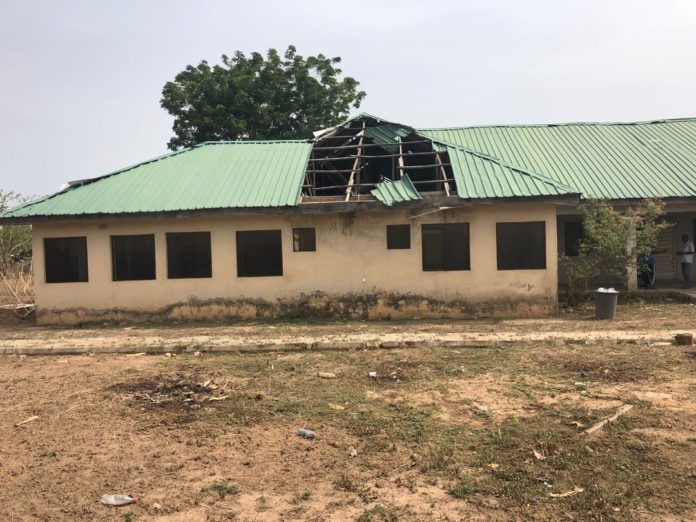 Residents of Mustapha Akanbi community in Akerebiata area of Ilorin, are calling on the Kwara State government to urgently renovate and equip an abandoned Comprehensive Health Centre, Akerebiata in the community and put it to proper use.

The residents made the appeal via a statement jointly signed by the Chairman and Public Relations Officer (PRO) of the community group, Alhaji Musa Tiro and Mr. Ubandawaki Muhyideen respectively.

It was learnt that the health centre was built several years ago by the administration of late President Umaru Musa Yara’dua. The facility was however, not provided any equipment or personnel and has therefore, not been put to use, leaving it to deteriorate over the years.

The hope and enthusiasm of the people of the community who were looking forward to enjoying the health centre, was therefore, dashed. A visit to the neglected health centre shows that the building is dilapidating, with the rooms inside dirty and covered with cobwebs, windows broken and roofs fallen off.

To access medical care, members of the community, who are mostly less privileged will have to go to Sobi Specialist Hospital at Alagbado, which is several miles away from the community.

However, with the recent decision of the State government to evacuate patients from the Sobi Specialist Hospital and convert it to an isolation centre to attend to suspected and confirmed Coronavirus cases in the State, accessing health services has become more difficult for residents of Mustapha Akanbi community and other neighbouring communities.

This is why residents of the community wants the Kwara State Government to urgently look into the matter of the abandoned Comprehensive Health Centre, Akerebiata and revitalise it so that it can serve the function for which it was built.

“We want to draw the attention of the Kwara State Government under the leadership of Governor Abdulrahman Abdulrazaq to the abandoned Comprehensive Health Centre in our community. We urge the government to immediately work on rehabilitating the health centre and put it into proper use.

“If the centre is rehabilitated and provided with basic medical facilities and personnel, it will not only serve our community but also serve people of neighbouring communities,” statement signed by the Chairman and PRO of the community reads in part.

Mr Nasir Mohammed, who is the Auditor of the Community also underscored the need for the government to save the health centre from further dilapidation, stressing that residents of the area including pregnant women and aged people are facing difficulty accessing medical care.

“We will be happy if the State government looks into and act on our request on time. In fact, the facility can also in the interim, be used to house the evacuated patients from Sobi Specialist Hospital which is now used as an isolation centre and can later be converted to Primary Healthcare Centre to serve our people instead of leaving the building to continue to dilapidate. I don’t think there is any Primary Health Centre or Cottage Hospital in Ilorin that is as big as what we have here,” he said.

Mohammed added that vandals have made away with some items such as ceiling fans at the centre. “There used to be about 22 ceiling fans here but we now have just 2,” he noted.