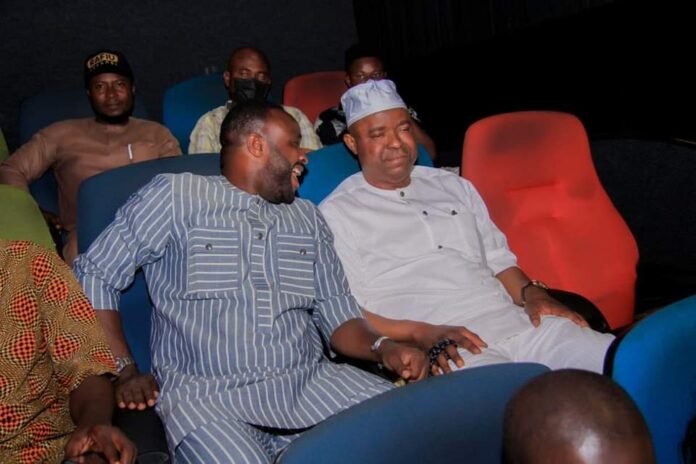 Senator Rafiu who made a surprise entry into the cinema in company of Hon. Shehu Sulyman Warah, Hon. Muideen Alalade and some of his aides, paid for the tickets of over 100 people that came to watch the movie.

The Bobaselu of Erin-Ile said he came out to have fun and also support Femi Adebayo, who he described as a brilliant thespian. He congratulated the award-winning Yoruba actor on the success of the film while also commending him for raising the bar in movie production in Nollywood and for also promoting Yoruba culture and traditions.

“I am here to watch the movie and to also support our own Femi Adebayo, who continues to make us proud in the movie industry. With his latest production, Femi has once again raised the bar in film making in the country and beyond. We love what he is doing in Nollywood and are proud to be associated with him,” he said.