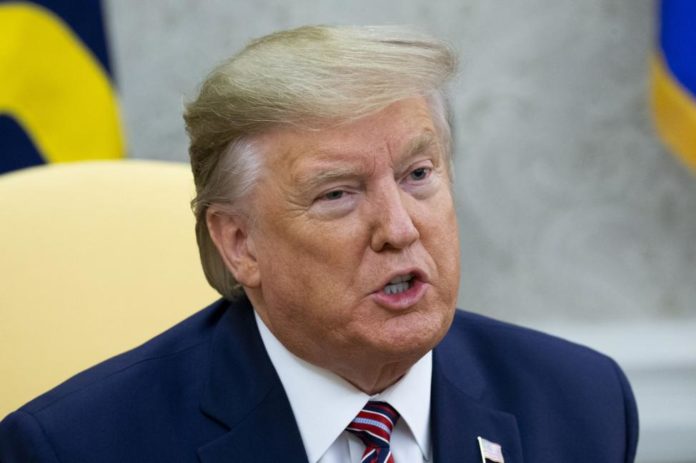 The U.S. House of Representatives is expected to vote in favor of impeaching President Donald Trump late Wednesday, making him the third president in the country’s history to face an impeachment trial and the potential punishment of being removed from office.

The House, according to rules adopted Tuesday, will spend six hours debating the impeachment articles that accuse Trump of abusing the powers of the presidency by soliciting Ukraine’s interference in the 2020 U.S. election and of obstructing Congress by defying subpoenas seeking testimony and documents as lawmakers investigated the matter.

A vote is expected in the evening, around the same time Trump is scheduled to be speaking at a campaign rally in the state of Michigan.

With Democrats controlling the House, the impeachment articles are expected to pass over the objection of minority Republicans. A Senate trial would follow in January, but with Republicans in control of that chamber and a two-thirds majority required to convict the president, Trump is likely to remain in office.

Ahead of the House vote, Trump used a series of tweets to criticize the investigations against him and reiterate his defense that he has done “nothing wrong.”

He also sent a six-page letter to House Speaker Nancy Pelosi saying it is Democrats, and not Trump, who have committed the acts alleged in the impeachment articles.

Pelosi sent her own letter to House Democrats saying that in voting to approve the impeachment articles, they will be exercising “one of the most solemn powers granted to us by the Constitution.”

“Very sadly, the facts have made clear that the President abused his power for his own personal, political benefit and that he obstructed Congress as he demanded that he is above accountability, above the Constitution and above the American people,” Pelosi wrote. “In America, no one is above the law.”

One of the articles of impeachment accuses Trump of trying to get Ukrainian President Volodymyr Zelenskiy to launch investigations of Democratic presidential candidate Joe Biden, his son Hunter Biden’s work for a Ukrainian natural gas company, and a debunked theory that Ukraine tried to undermine Trump’s 2016 campaign.

The second impeachment article accuses Trump of obstructing Congress by refusing to turn over thousands of pages of Ukraine-related documents to House impeachment investigators and blocking key aides from testifying at the weeks-long impeachment inquiry.

Coronavirus vaccination in US will not be mandatory – Joe Biden