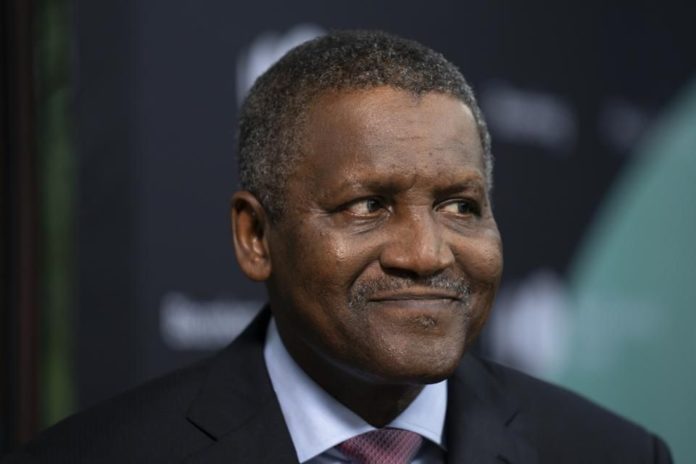 The Aliko Dangote Foundation has promised to donate N200m to support the Federal Government to stop the spread of coronavirus in the country.

This came about a week after an index case of the disease was recorded in Lagos.

The Managing Director and Chief Executive Officer of  Aliko Dangote Foundation, Ms Zouera Youssoufou, who was represented by the Health and Nutrition Programme Officer, Maryam Shehu-Buhari, at a donor coordinating meeting in Abuja on Tuesday said the donation was part of the foundation’s cardinal objective.

She said the foundation had earmarked N124m  for facilities to help prevent, assess and respond to health events at points of entry to ensure national health security.

Youssoufou said other areas the foundation would be supporting the Federal Government included surveillance and epidemiology where facilities worth N36m would be provided, while N48m would be used for case management training of health workers.

The ADF had committed about N1bn to the fight against the dreaded Ebola Virus Disease in Africa.

The statement read in part, “The foundation directly supported the Nigerian government’s Ebola containment efforts through strategic investments that built the resilience and strengthened Nigeria’s health system in a manner expected to endure beyond the Ebola crisis period.”

Among others, it stated, the foundation during the Ebola crisis supported the FG by providing money for the establishment of the National Ebola Emergency Operations Centre in Yaba, Lagos, and 12 units of thermal cameras at the international airports, training  160 officials of the Federal Ministry of Health, Port Health Services Department, in the use of the cameras.

Others were the provision of WHO-certified Personal Protective Equipment against Ebola,  the donation of $3m to support African Union’s intervention against Ebola in West Africa, and logistics support for the returnee volunteers on Ebola intervention in the countries ravaged by Ebola.