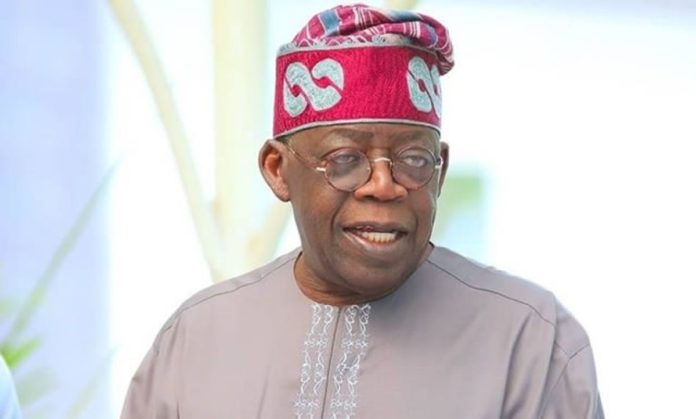 All Progressives Congress stalwart, Bola Tinubu, has lambasted those who criticised him for not speaking on South-West security outfit, Amotekun, describing them as adversaries.

Tinubu said in a statement that those pushing him to speak did not do so in the interest of the nation but for their personal political reasons.

Afenifere chieftains, Chief Ayo Adebanjo; and Senator Femi Okurounmu, had in a report challenged Tinubu to speak on the matter.

Adebanjo, who is 91 years old, had claimed that Tinubu’s presidential ambition had beclouded his judgement.

He had said, “It was the likes of Tinubu that told us that the South-West would enjoy many privileges but what has the South-West benefitted from this alliance but insecurity? He shouldn’t have forged an alliance with them in the first place.

“Tinubu asked the Yoruba people to vote for him (Buhari) and that things would be better. Now that they are being slaughtered and they don’t want us to have our security, you are keeping quiet all because you are being deceived that you will become the President which you will never be.

Tinubu, however, reacted that as the national leader of the APC, he could not make statements without circumspection.

He added, “Until now, I have deliberately maintained a studied silence regarding Amotekun. Many have tried to goad my swift public reaction. Those who have taken this road did so not because they care about Amotekun or even the people it intends to help protect. They did so knowing this had become a delicate and emotional issue for many. These cynics did so with the adversarial hope that, in haste, I might misspeak or misstep in a manner they could twist to their political advantage.

“Such people are possessed of a mercenary aspect that permits them to sacrifice almost anything, even jeopardise the very foundations of our political unity, if they might exact personal gain from the upheaval.

“In that they know no nobler purpose than their own appetites, we should feel sorry for them. However, we must not allow our sympathies for their barren condition to persuade us that there is worth in their destructive misconduct. They must be left to the consequences of their own devices.

“If truly I am a political leader as I am often described, then I have not the luxury of hasty, ill-conceived utterances.”