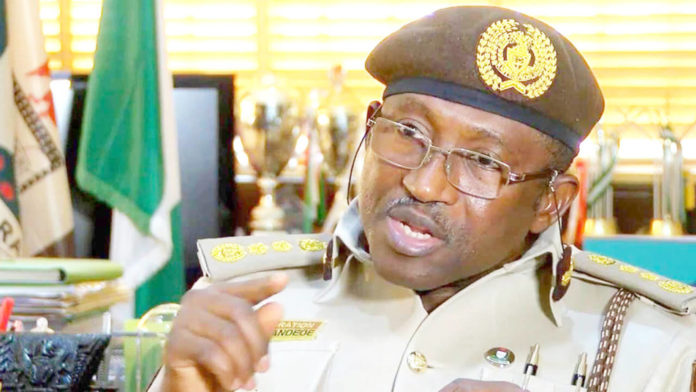 “I tested positive for COVID-19,” said Mr Babandede in a message sent in the early hours of Sunday. “I have been in self-isolation since my return from the UK on Sunday on Sunday 22nd of this month with British Airways in Lagos.”

The number rose by 340 per cent in one week, with 75 persons testing positive in the week that just ended, analysis of official data shows.

Over 80 per cent of Nigeria’s cases are imported, while others are mostly from contacts with returnees. But the country’s true reality may not be known due to limited testing capacity.

Mr Babandede was in the United Kingdom with his wife, who, however, tested negative, he said.

“I urge my loved ones, Immigration Officers and Nigerians to pray for me and all those affected,” he urged. “It is a very difficult time but we can’t change what God destined for us. I urge officers to continue working with my able Deputy to further move our Service to another level. As advised by NCDC I am totally isolated.”

The Chief of Staff to the President, Abba Kyari, and Bauchi State Governor, Bala Mohammed, are among Nigerian cases believed to have contracted COVID-19 during journeys abroad. Both men were in Germany, although Mr Mohammed suggested the virus hit following his contact with Mohammed Abubakar, a son of opposition leader Atiku Abubakar.

Both Mr Kyari and Mr Mohammed did not self-isolate when they returned to Nigeria; rather, they were participating in events and mingling with people, breaching government advisory.

The virus, which started in the Hubei region of China, has affected over 600,000 people and killed more than 26,000 worldwide.

Ortom directs Ministry of Lands and Survey to issue C of...