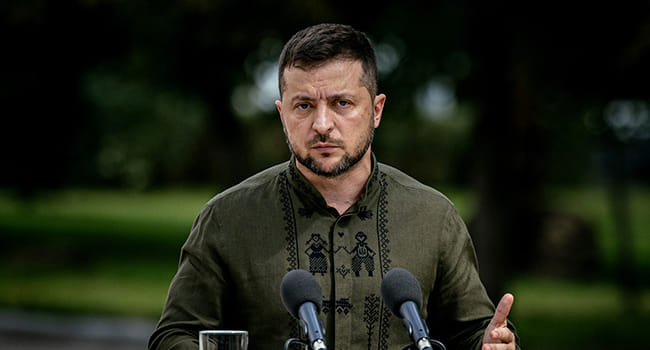 Ukraine’s President Volodymyr Zelensky on Monday said Ukrainian forces had recaptured 6,000 square kilometres (2,320 square miles) of territory from Russia in a counter-offensive this month.
“Since the start of September, our soldiers have already liberated 6,000 square kilometres of Ukrainian territory in the east and south, and we are moving further,” Zelensky said in his daily address.
Ukraine has claimed sweeping successes in its lightning counter-offensive in Kharkiv region in the northeast, which saw dozens of areas, including the cities of Izyum, Kupiansk and Balakliya, retaken.
It has also claimed significant gains in the southern Kherson region, where the Ukrainian army said earlier on Monday it had recaptured 500 square kilometres.
The US-based Institute for the Study of War think tank said that “Ukraine has turned the tide in its favour, but the current counter-offensive will not end the war”.