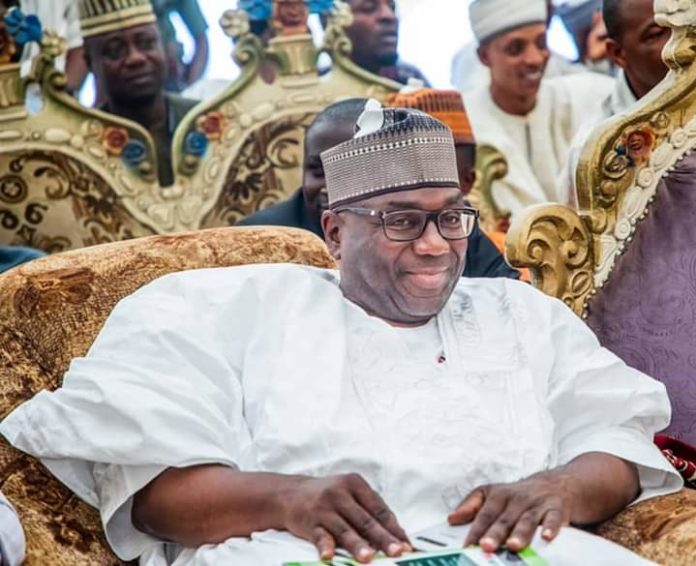 Kwara State Governor AbdulRahman AbdulRazaq on Wednesday said events dedicated to sociocultural advancements of the community should be devoid of political colourations to avoid pitting people against one another.

AbdulRazaq made the comment in his short remarks at the 54th annual national conference of the Ilorin Emirate Descendants Progressive Union (IEDPU), saying he decided to arrive early at the event as a son of Ilorin and a member of the influential sociocultural body.

The Governor arrived the venue a few minutes past 8a.m. and headed straight to pay obeisance to the Emir of Ilorin, Dr Ibrahim Sulu-Gambari.

“The IEDPU Conference is not a political event and should never be treated so. I have come here as a son of Ilorin and a member of the IEDPU. It is a duty. That is why I came early enough to send the message that I am a member who is here to render his obligation to his community,” AbdulRazaq said.

He announced a personal donation of N20m for the launch of the body’s annual almanac, saying half of it was for the last year edition of the event which was disrupted by some thugs who opposed his attendance of the event as the leading opposition governorship candidate. Members of his cabinet from Ilorin Emirate also donated N1m.

AbdulRazaq said he is committed to the socioeconomic development of Ilorin as he is to that of the entire Kwara State, adding that the 2020 budget has been structured to cater for the need of the people especially in the area of job creation, infrastructural development, and empowerment of entrepreneurs and others.

He said his administration inherited and has settled salary arrears worth over N1bn, including that of the Colleges of Education (N700m) that had long shut down on account of non-payment of their salaries and non-accreditation of their courses.

Emir of Ilorin Dr Ibrahim Sulu-Gambari applauded AbdulRazaq for his early arrival to the event which he noted was a first of its kind and an indication that the Governor deemed himself first as a son of Ilorin.

“What the Governor has done is rare. It is an indication that he is truly a great son of Ilorin. He was the one waiting for me and I had to start calling on my chiefs that the Governor has arrived. It was not so in the past. We were the ones always waiting. What he wants (with this humility) is God’s blessings and God will grant it to him and make him succeed,” according to the Emir.

“I must thank him for the comment he made about the IEDPU. This event is for all sons and daughters of Ilorin. I therefore agree entirely with the Governor that such event must never be politicised. May God Almighty bless him.”

The emir said the Governor has been doing “greatly” since he was inaugurated in May, and pray to God to make him succeed “because it is in our interest that he should succeed. We must love one another and work together for the success of the administration and our community.”

The IEDPU Conference is an annual gathering involving the crème de la crème of the Emirate who come together to debate issues affecting the community and proffer solution to them, including raise development funds. Chibok girls will never, ever be forgotten, President Buhari assures