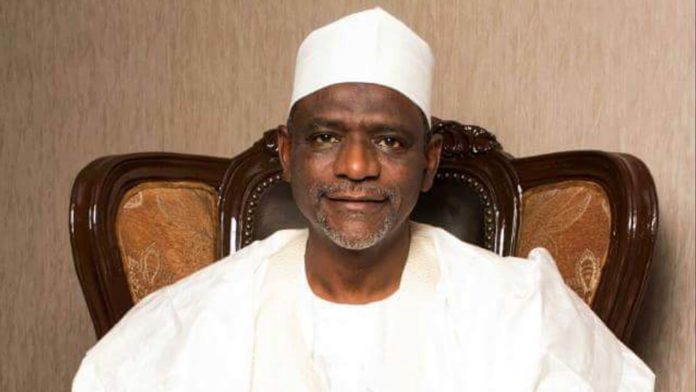 The Minister of Education, Mallam Adamu Adamu, has reiterated that no tertiary institution will admit candidates outside the Central Admission Process System (CAPS) of the Joint Admissions and Matriculation Board (JAMB).

The minister stated this in his address at the commissioning of JAMB’s New General Services Department building on Monday at the board’s headquarters, Bwari, Abuja.

Adamu said that it was necessary to remind the general public that any admissions done outside CAPS would be considered as corrupting the entire admission process.

“I congratulate JAMB on the introduction of CAPS, which has revolutionized admission process in the interest of candidates, irrespective of where they come from, gender or social status.

“CAPS ensure due process, fairness, discipline and equity in the process; it is through the automated system that ordinary Nigerians are now hopeful of not being denied the rightful place in the admission exercise.

“It is instructive that CAPS protects the traditional rights of the Senate and Academic Board of the institutions.

“This is because CAPS does not allow anyone other than the Admission officer, Vice-Chancellor, Provost or Rector, to initiate, propose or recommend any candidate for admission but also requires the documentation.

“Permit me to state that leadership of any higher institution found to be involved in admitting any candidate without prior approval of the Board or outside the established CAPS would be considered and treated as corrupting the admission process,” he said.

The minister also urged candidates expected to sit for the 2020 Unified Tertiary Matriculation Examination (UTME) to refrain from all forms of examination malpractice, including admission racketeering.

This, he added, was because the present administration was bent on ensuring a change of the present mindset and value of the people.

Adamu said that it could be achieved with the reorientation of the nation’s youths, whom he noted, were majority clients of JAMB.

Also speaking, the Registrar of the board, Prof. Is-haq Oloyede stated that the board was set to conduct its 2020 mock UTME which is scheduled to hold on Tuesday, Feb. 18 in its 64 accredited centres, nationwide.

Oloyede said that about 350,000 candidates were expected to sit for the exercise, which follows immediately after the end of the board’s 2020 UTME / Direct Entry (DE) registration exercise on Monday, Feb. 17.

He said: “For the mock, we are using about 64 centres across the country but we are also automating our mock examinations this year.

“This is whereby, even centres that may not have candidates physically, will be automated and used remotely for the exercise. ”

He also said that over 2 million candidates for both UTME and direct entry had so far registered for the 2020 exercise.

On the newly commissioned structure at the board’s headquarters, the registrar said that the building was built for its General Services staff.

The staff, he said, had the responsibility of maintaining the board’s office buildings and infrastructure.

The structure, he explained, cost the board N89.5 million while three brand new power generators comprising one 1,000 KVA and two 500KVA that would facilitate services at the office were also bought at the cost of N141, 276, 900 million.

Newsmen report that both the building and the three power generators were commissioned by the minister in the presence of a number of education stakeholders, members of Bwari Area Council and traditional leaders in the council.