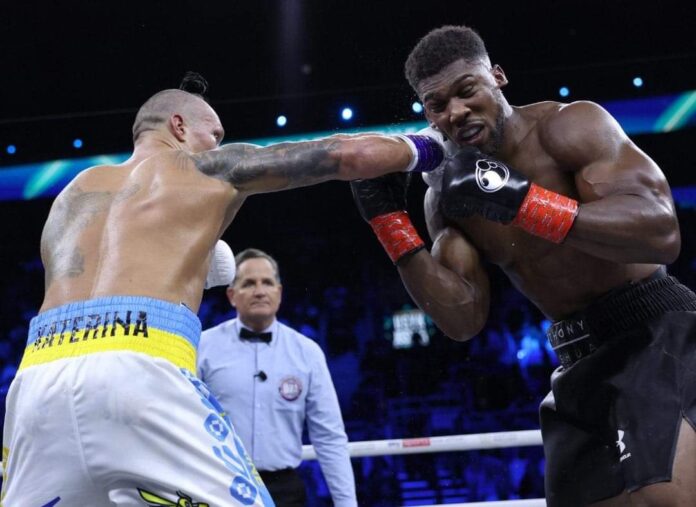 Ukraine’s Oleksandr Usyk won his rematch against Anthony Joshua by split decision to retain his world heavyweight titles in just his fourth fight in the division in Saudi Arabia on Saturday.

Usyk, 35, who dismantled the defending champion in London last year, faced an improved Joshua but outboxed him once again to set up a potential unification bout with Britain’s Tyson Fury.

“I want to thank God for the help that he gave me today,” Usyk told the crowd at the 12,000-seat King Abdullah Sports City Arena in Jeddah.

“I give this victory to my country, to my family, to my team and to all the military who are defending the country,” he added.

The fight was watched on free-to-air TV by millions of Ukrainians living under the Russian invasion. Usyk signed up to fight for his country before accepting the rematch.

An angered Joshua peppered his post-match speech with expletives despite the presence of Crown Prince Mohammed bin Salman, de facto ruler of the deeply religious country.