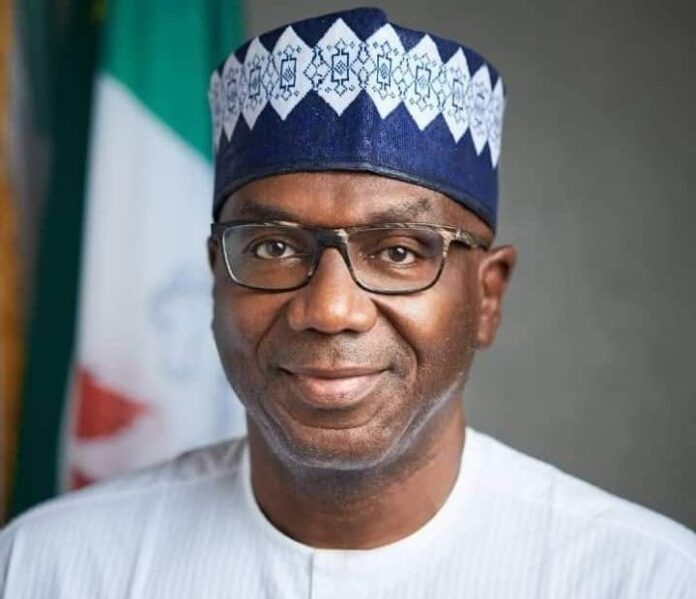 In medieval times, leprosy was considered as a punishment by God for sin or slander which is why the infected were mostly ostracized from the society and lived in seclusion because they represent calamity and misfortune.

In present day, there are gifted hands who everything they touch turns to gold while there are those with leprous hands who everything they touch turns to dust and ashes. I believe life wanted to teach us this lesson in Kwara state that is why we experienced the gifted hands of Dr Abubakar Bukola Saraki and Dr Abdulfatah Ahmed before experiencing the leprous hand of Abdulrahman Abdulrazaq.

It is hard to build but easy to destroy, a project can take years to construct to perfection whereas a split second is all that is needed for it to come crashing down. This explains why the gains recorded by the Peoples Democratic Party, PDP, administration in Kwara state has been destroyed in less than four years of the All Progressive Congress, APC, administration.

How else do you explain Kwara state moving from 13th position in public school WAEC ratings as at 2018 to 34th position in 2022? Isn’t this an indication that a leprous hand has found its way into our education sector?

While I sympathize with parents and students who are the real victims of this unfortunate occurrence, I believe any discerning Kwaran would have predicted this outcome because how do you expect a leader with questionable WAEC result to know the value of academic excellence?

In sane societies, a situation like this would have warranted the summon of an emergency State Executive Council meeting by a concerned governor with heads rolling and apologies filling the media space for this unprecedented failure but what did we rather get from Abdulrahman Abdulrazaq’s administration? A hatchet job by the chairman of Kwara state universal basic education board, Prof. Shehu Adaramaja adopting the government’s modus operandi of blame-shifting as usual.

I felt a heavy burden in my heart reading that hatchet job disguised as press release because I didn’t expect that a professor would tow that lane. I guess he has forgotten what they taught us in school that when a problem occurs, the first step to solving it is to identify the root cause. A 100 level student of education would have easily saved this government the embarrassment of identifying these factors as root causes:

1. The sack of over two thousand teachers
2. Poor education facilities
3. Project fraud in the education sector
4. Lack of innovative methods
5. Uneducated leadership
6. Poor administrative tactics and
7. Dearth of expertise and trained professionals in charge of the education ministry in Kwara.

A government that genuinely wants to learn and influence change will humbly go back to study the innovative models of former governors Dr Abubakar Bukola Saraki and Abdulfatah Ahmed but they’ve already shown us that they intend to shift blame without taking responsibility as usual.

Dear Kwarans, let me remind you that in 2018 when we complained that the APC government had made Nigeria worse than they met it in 2015, they told us that “The destruction of 16 years can’t be undone in four years and things have to get worse before it got better”, we gullibly believed their lies unknowing to us that the hardship we saw in 2018 was nothing compared to what they were set to unleash and now we’re bearing the consequences. Would you let this government that has spent about four years in office and have taken us back to the dark times still bamboozle you again in 2023? Learn from your past error and do not reinforce failure.