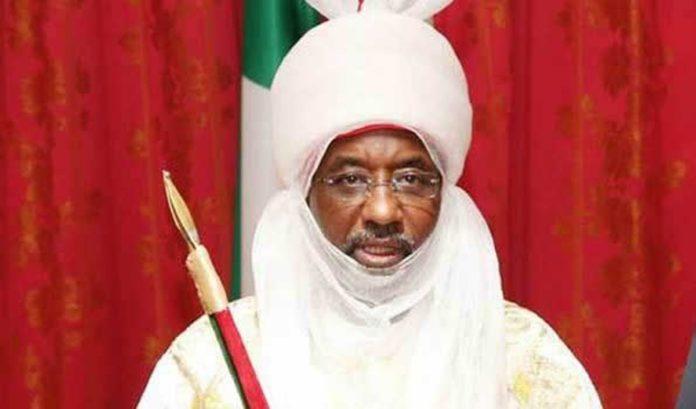 The ousted emir of Kano Muhammad Sanusi ll has said that his six years reign as the emir of the ancient city made him a fulfilled man in life.

He equally said he was leaving the throne as a fulfilled and happy man.

Sanusi ll, who dropped this message in Hausa to the people of Kano,after his dethronement by the Kano state government on monday, said,” l am taking the dethronement in good faith.

“l am urging for calm as l take the dethronement in good faith .

According to him,”everything that has a beginning and must definitely have an end.

With this developmemt, l please  directed my family members and all his loyalists, whom he can have control over  to pay homage to whosoever emerged as the new emir in order to preserve the dignity of the royal institution.

He equally said he was leaving the throne as a fulfilled and happy man, as he has everything to thank the almighty Allah for making things to happened the way they happen.

The former monarch enumerated some of his achievements while as emir for nearly six years and he said he was very much Happy that he followed the footstep of his grand father the Sanusi I.

He, however, prayed for peace, progress and economic buoyancy of Kano and Nigeria. And finally pray for a happy ending .