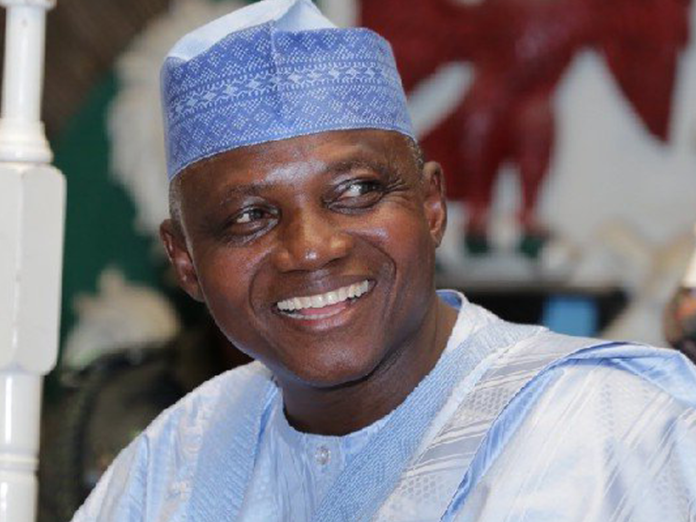 The Presidency on Thursday asked the opposition Peoples Democratic Party to stop speaking for President Muhammadu Buhari on its affairs with the All Progressives Congress.

It advised the PDP to focus on how to address what the Presidency called the party’s “grim future” instead of concentrating on Buhari and the APC.

“As the Peoples Democratic Party, the country’s main opposition party grapples with deeply troubling questions about its terminal decline and future in national politics, Nigerians must be surprised reading a statement issued by them,  assuming the role of spokesmen for President Muhammadu Buhari.

“What business do they have talking about alleged love lost between President Buhari and the APC? What do they know? Who sent them?”, the Presidency said in a statement by Buhari’s media aide, Mr Garba Shehu.

It claimed that the PDP was an “obstacle” to governance, urging the party to focus on rebuilding its image.

“Today, the PDP represents the single biggest obstacle to good governance and change that the country needs and the people are yearning for.

“Both self-respect and sound political judgment demand that the party takes an introspective look at itself after two successive defeats in national elections, asking what went wrong and how to fix its battered image.

“They need to go back to the people, in towns and villages, to know what the people want and what the country needs. Instead of doing that, they are taking roles for themselves that are not mandated by law, morality or political gamesmanship,” the Presidency said.

But, it praised the APC, boasting that it looked good as the party of the future.

“As for the APC, the geographical expansion of the party is nothing short of a testimony to the rosy future that lies ahead.

“The party has come to stay, and the President and the country will ensure that this is achieved,” the Presidency added.

The Presidency was reacting to recent criticisms of the President and his party by the PDP following Buhari’s New Year’s letter to Nigerians, saying that he would step down in 2023.

Buhari had also said he had no interest in grooming a successor but that Nigerians should make that decision through a democratic process.

In a statement by the PDP’s National Publicity Secretary, Mr Kola Ologbondiyan, the party had stated that the President merely said the obvious, noting that his regime had not added any value to the country since 2015.

2023: APC Fixes May 23 For Screening Of Presidential Aspirants