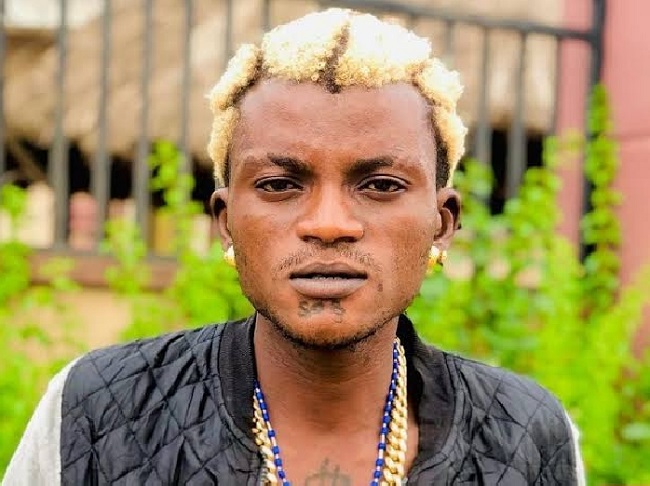 Popular Hip-hop artiste, Habeeb Okikiola, popularly known as Portable has apologised to the organisers of the Nigerian prestigious music award, the Headies, following his disqualification.

Portable was nominated in the Best Street artiste and Rookie of the Year categories at the award alongside Av, Fave, Magicx and Ugocci.

The Headies disqualified Portable as a nominee due to how he had generated attention from the Nigeria police and the general public.

Part of the statement read, “We regret to announce that following numerous indicting statements made by Mr. Habeeb Okikiola popularly known as ‘Portable’, and the incessant negative attention that Mr Okikiola has garnered from the Nigeria Police and the general public in recent times. The organisers of the Headies have resolved to disqualify Mr Okikiola as a nominee at the forthcoming 15th Headies Awards.”

Speaking in his dialect, on an Instagram video, the “Za-Zu” crooner apologised to the Headies organisers and asked his fans to shower support by continuing the voting process of getting him the slated award nominations.

Portable also asked God to bless all those who keep showing him love.

Previously, the controversial singer reacted to the news of his disqualification in an Instagram video, where he called the award organisers’ bluff.

“I am a child of light. I have fame, I have money, I have cars, I have wives, I have children. I am rich. People know me everywhere. I don’t regret my actions,” he had said.

Since Portable achieved celebrity status, he has always been in the news for negative reasons.