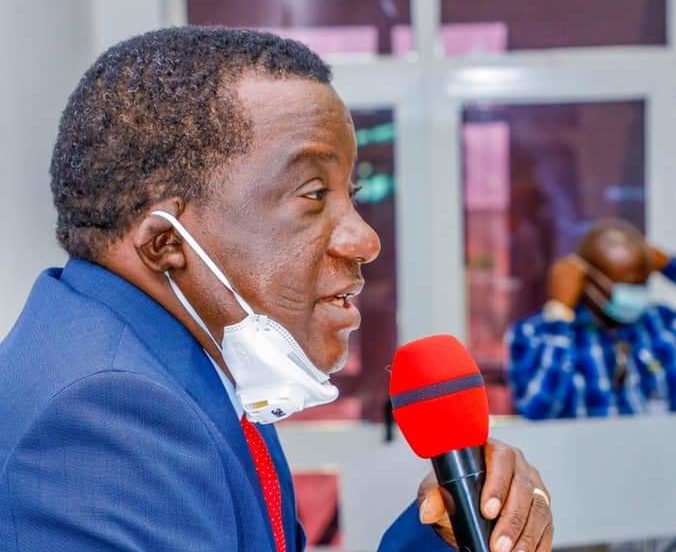 Plateau State Governor Simon Bako Lalong says the State is to get a centre for the test of COVID-19 disease soon.

He said this in continuation of the efforts to contain the Corona Virus disease and ensure that it does not spread to Plateau State, as he met with more critical stakeholders to ensure that the State mitigates the impact of the pandemic.

Governor Lalong who chairs the State COVID-19 Emergency Response Task Force, explained that the meeting became necessary so as to carry everyone along in the fight against the disease.

He said “we are dealing with an abnormal situation and so we need to take drastic measures in order to protect the lives of the citizens. We have already put in place various measures to ensure that the disease does not come into Plateau.

Thankfully, there is no recorded case yet and we pray that it remains so. However, we must work hard to keep things this way”.

Lalong also said there was the need to also work with the legislature and the ruling party leadership in the State to look at the socio-political impact of the disease in the State. He said the stakeholders will need to work together and make hard choices that will keep the State afloat.

Commissioner of Health Dr. Nimkong Lar briefed the stakeholders on the effectiveness of the preventive measures already taken such as contact tracing, closure of markets, monitoring and checks at entry points to the State, as well as public enlightenment. He said the people of the State are being sensitized and are cooperating with measures put in place.
He explained that the old JUTH has been earmarked as an isolation centre while the State is purchasing more ventilators, drugs and other essentials that are needed for the disease.

Chairman of the Plateau State Economic Team Mr. Ezekiel Gomos also briefed the stakeholders where he said the revenue of the State has been hugely impacted and will make execution of programmes and projects very difficult.

This he said necessitated the recommendation of the Economic Team that the 2020 budget be cut by 40 percent while all non essential expenditure be equally reduced drastically. Some of the measures already announced by the Governor in his statewide broadcast according to him are in line with the recommendations of the Committee.
Speaker of the Plateau State House of Assembly Ayuba Nuhu Abok expressed the support of the legislature and commended the Governor for all proactive measures taken so far.

Chairman of the APC in the State Chief Letep Dabang also supported the measures put in place, but asked for more sensitization of more stakeholders especially in the rural areas.

Secretary to the Government of the State Prof. Danladi Abok Atu also said the State has opened a COVID TRUST FUND Account for corporate organisations and individuals to contribute to the fight against the disease.