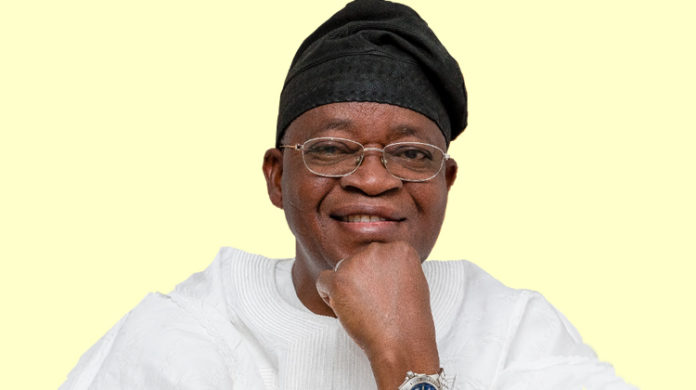 Osun State Governor, Adegboyega Oyetola, on Friday signed into law the state’s Security Network Agency and Amotekun Corps Establishment Bill, saying the bill signified the declaration of war on criminals in the state.

Presenting the bill to the governor at the event held inside the Executive Council Lounge, Government Secretariat, Abere, the Speaker of the state House of Assembly, Timothy Owoeye, said when the bill eventually became law, it would reduce the security challenges facing the South-West in general and Osun State State in particular.

In his remarks at the event witnessed by top government functionaries, Oyetola said the state was prepared to go to any legitimate length to ensure that criminals within its confines had no breathing space.

According to him, the law will complement the constitution and other laws setting up various security agencies in providing adequate security for lives and property.

The governor said before the introduction of the Amotekun security initiative, the state last July made plans to unveil its own security task force to make the state safer for the people.

However, he said due to Osun’s commitment to the regional integration objective of the South-West, the state decided to key into the Amotekun initiative for regional security.

“The economic and investment transformation that we promised the people of Osun can only be realised in a secure atmosphere,” he added.

Meanwhile, Ekiti State Governor, Dr Kayode Fayemi, will on Monday sign into law the bill for the establishment of Ekiti Security Network Agency and Amotekun Corps.

Chief Press Secretary to the Governor, Yinka Oyebode, who made the disclosure in a statement in Ado Ekiti on Friday, said, “The event will take place at the Jibowu Hall, Government House, Ado-Ekiti”.

President Buhari to participate in African Finance Summit in Paris