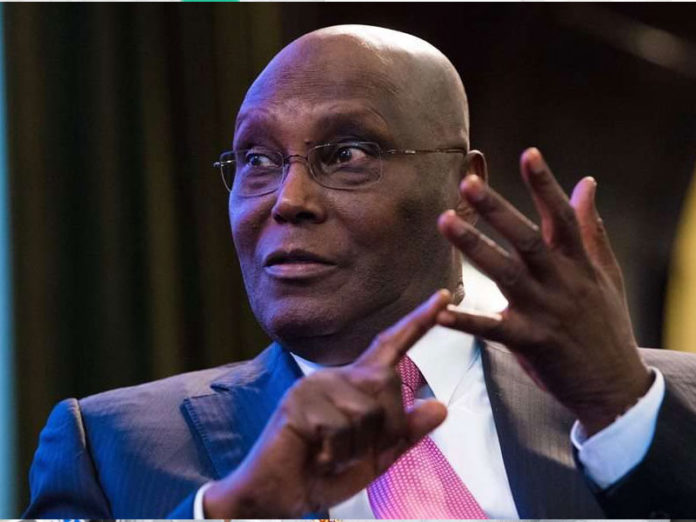 Former Vice President, Atiku Abubakar, has again waded into the controversy surrounding the right of regions to establish internal security outfits, saying that they were necessary because the nation’s military and paramilitary forces are overstretched and underpaid.

In his second intervention within a matter of days, he said in a statement personally issued in Abuja on Tuesday that regions have the right to self-defence and setting up internal outfit was not the same as seeking succession.

In the statement titled, “Self Defense Is International Human Rights, Guaranteed By Article 51 of the UN Charter,” he explained: “As a nation, our police, armed forces and paramilitary bodies have shown great gallantry, patriotism and dedication to duty. They are our first line of defence against enemies of our nation and saboteurs within our midst. I laud, value and acknowledge them, which is why I awarded scholarships and gave other support to the children of some of our fallen heroes.

“Having said that, I must add that the reality on the ground in Nigeria today is that our armed and paramilitary forces are overstretched. To deny this is to unpatriotically put their lives at risk. This we must not do. They deserve better from us.

The former presidential candidate of the Peoples Democratic Party (PDP) stated: “To say that we do not need the services of those who are patriotic enough to voluntarily put their lives at risk to ensure the protection of the lives and property of Nigerians is to deny the obvious.

“I salute groups like the Civilian Joint Task Force in the North East, who provided and continue to provide an invaluable service to Nigeria and her peoples, at great cost to themselves, both in human lives and in productive hours, for which they are not well remunerated. Without their altruistic services, where would the war on terror be?

“I also acknowledge and appreciate the work that hunters and vigilantes have done and are still doing to help boost security in states scattered across Nigeria, including in the North East and Zamfara, Jigawa and Taraba States, to mention a few. Not a few Nigerians are able to sleep with two eyes closed, because of the action of these bodies of dedicated and gallant countrymen.

“Nigeria has crossed the rubicon and cannot go back. There is too much insecurity in the land and too much inefficiency from the Federal Government, leading to wanton and unnecessary loss of lives. It is easy to think that all is well when you are in secure State Houses, but the reality is that the security situation is far from fine for the average Nigerian citizen.

“In such circumstances, people have an inalienable God-given right to self-defence. This divine right, as long as it is limited to self-defence, cannot be declared illegal by man. Not by any stretch.

“What I counsel is that the Executive, Legislature and Judiciary must wake up and smell the coffee. When they do, they will realise that people who have volunteered to provide the internal security, that the government has not been able to provide, needed encouragement, and more importantly, a legal framework and central support to make their dream of preserving the dignity of human life a reality.

“Internal security is not a call for secession and we must abandon the paranoia that makes us see it as such. All calls for secession must be quashed by the might of the Nigerian state, no exceptions!

“But on the matter of internal security as a means of self-defence, I call on all and sundry to speak up.

“The right to self-defence, including the right to combat terror, that it is guaranteed by international law, enshrined in Article 51 of the United Nations Charter, of which Nigeria is a signatory.

“Therefore, no human power has the authority to criminalise the protection of human life, and no human ambition is worth the failure to speak in support of the people in order to remain in favour with the oppressors of the people.”

We are working in defence of public interest in Oyo –...