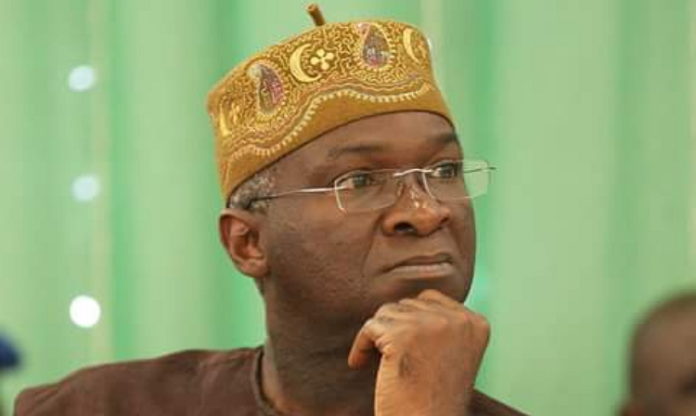 Minister of Works and Housing, Mr Babatunde Fashola, has advised graduates to key into the developed countries’ system where the application of practical skills is trending, noting that, over there, it is what graduates can offer that matters and not the certificates in their possession.

He charged graduates to pursue practical skills and join the labour market with their special practical knowledge in order to conquer poverty and be useful to themselves and their society at large.

Fashola, represented by a Governing Council member of the school, Dr Famous Eseduwo, expressed this at the institution’s 20th convocation ceremony on Thursday.

According to him, “It is quite instructive that the technologist thinks through the constellation of and standing-reserves of nature with a view to solving a problem or filling an existing knowledge gap. The technologist inaugurates the thinking process right from the organic membrane of knowledge.

“Whilst the scientist scientists explains, analyses, and documents the thinking processes and results of the technologist into a dynamic memory lane for the continuous use, updating/upgrading of existing knowledge for problem solving. As a technologist, you are not just a knowledge bearer but a knowledgeable practitioner who translates his or her own findings into reality.”

The minister also reiterated the commitment of the President Muhammadu Buhari-led administration to enhance the implementation of government policies, programmes and projects that bring about socio-economic development of the country, his ministry would deliver on the overarching government policies in line with the vision of this administration which aims at “building a prosperous a prosperous economy, eradicating corruption and providing security for all”.

Fashola, the visitor to the institution, also pledged the commitment of his ministry to give the needed directives to the Federal School of Surveying, Oyo, adding that the institution would receive the federal government’s intervention on the myriads of challenges affecting it.

The minister, who expressed his ministry’s awareness of some challenges facing the institution, stated that the FG would find solutions to deficit of infrastructure, funding, absence of TETFUND support, understaffing, deficiencies in the enabling act, among others.

Earlier in her address, the Rector of the institution, Surveyor Dr Dupe Nihinlola Olayinka, had earlier prayed the minister to come to the aide of the institution in the areas of allowance of workers, accreditation of additional three academic programmes, inclusion in the TETFUND, raising of budget ceiling on overhead and capital projects, completion of the new administrative building for staff offices and the release of sufficient fund to compete the 1000-Seater Lecture Theatre.

She, however, dwelled on the achievements made so far in the, stressing that a lot of projects were put in place. Quoting her: “This is to officially appreciate Honourable minister for donating solar-powered boreholes to our school. We have also renovated some classrooms, we procured classroom chairs, some offices and hostels…. Others are Central Research Laboratory, the establishment of Centre for Skills and Entrepreneurship, Computer Science laboratory and procurement of Toyota Hilux Pickups.”

How God Promised Me I’d Be Governor – Oyetola