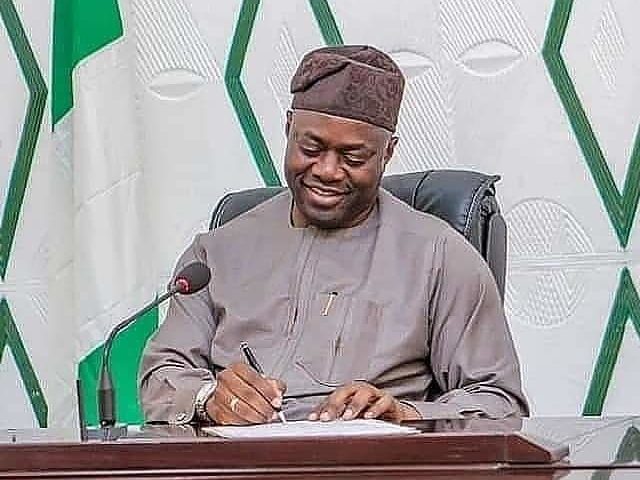 A statement signed by the Chief Press Secretary to the governor, Mr. Taiwo Adisa, indicated that the signing ceremony took place at the Government House, Agodi, Ibadan, the state capital.

Speaking shortly after signing the bill into law, Governor Makinde said: “I have just signed the law to make provision for the establishment, composition and powers of the Oyo State Agribusiness Agency and every other matters connected therewith.

“Agribusiness is one of the cardinal programmes of this administration and what we have done today is to give a legal backing to Oyo State Agribusiness Development Agency.”

The governor said that the signing of the Agency bill into law would allow the Agency, which is based in Saki, to start work fully and to kickstart the operation of the Farm Estates projects in Eruwa in Ibarapa axis and Akufo, Ibadan.

“With the signing into law of the Agency bill, they are now free to start business as OYSADA. They will be based in Saki and they will be starting the first two projects as soon as possible. The first is the Farm Estate at Eruwa and the second is the farm estate at Akufo. So, I thank you for coming to witness this signing ceremony,” the governor said.

He said that the state decided to sign off on the bill at this critical time in readiness for the expected boom in its economy through the derivable benefits from agribusiness initiatives.

Giving further insights into the advantages the state stands to gain from the Agency, the governor said: “The agency aims to develop the strategy, coordinate, and implement Agribusiness Investments and projects in the State through public, private and development partnerships.

“It will also enhance the optimisation of agro-food value chain business within Oyo state through an agricultural ecosystem that strengthens productivity, value chain growth and the processing and packaging of agro-based production.