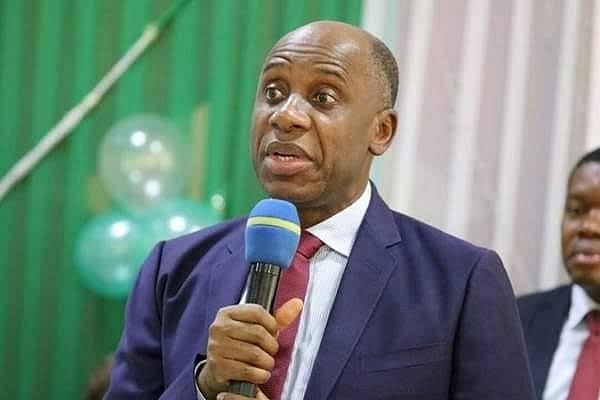 The Lagos-Ibadan railway project cannot be completed in April this year as earlier projected, the Federal Government has declared.

Amaechi observed that the current state of work on the over $1.5bn project indicated that it would not be feasible to complete the project in April as planned.

On January 14 this year, the minister had during a television programme stated that the government was working to ensure that the project was completed in April and inaugurated by the President, Major General Muhammadu Buhari (retd.), in May 2020.

But during the inspection on Monday, the minister said it was not feasible to complete the project as earlier planned.

“Looking at the state of work in Apapa, completing the project in April doesn’t seem feasible, especially the extension of the rail line to the seaport,” Amaechi also stated via his verified Twitter handle.

He added, “We’ll, however, continue to work and redouble our efforts to complete the project and meet set targets.”

Amaechi, Saraki, Makinde and senior officials from the Federal Ministry of Transportation, among others, inspected the Lagos-Ibadan railway from Apapa in Lagos State up to Ibadan in Oyo State.

The minister’s tweet was, however, greeted with diverse reactions, as his followers expressed dissatisfaction with the delay in delivery of the project.