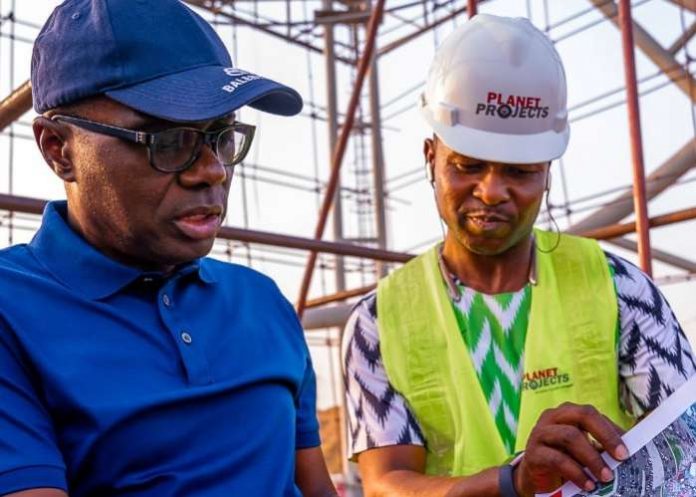 Lagos State Governor Babajide Sanwo-Olu has reassured Lagosians of his administration’s commitment to rid the State of traffic gridlock.

Sanwo-Olu gave the assurance Saturday evening while inspecting the removal of 2nd Lekki roundabout as part of Junction improvements for free flow of vehicular movements along the Lekki corridors.

The State government has embarked on the removal of some roundabouts identified as the major causes of traffic gridlock being experienced by motorists.

Four roundabouts including Ikotun, 2nd roundabout on the Lekki-Epe Expressway, Allen Avenue roundabout and Maryland will be removed to pave the for road expansion and free flow of traffic.

The government, through the Ministry of transportation says the removal of some roundabouts and street furniture such as giant bill boards will give room for road expansion and strategically ease off traffic congestion in some parts of the metropolis.

Governor Sanwo-Olu, while at the project site, encouraged the contractors handling the projects to keep up with the current pace of work so as to ensure its completion in record time.

Last week, the state’s Commissioner for Transportation, Dr Fredrick Oladeinde, who accompanied Governor Sanwo-Olu to inspect the project, described the decision to improve the junctions as a strategic repositioning of the roads to ease traffic congestion.

According to him, the government started off through discovery of 60 traffic gridlocks junctions and areas across the state.

He told journalists that: “Sufficiently, the junction improvement work that is being conducted on the four roundabouts includes the following:

“Removal of roundabouts, separate streams of traffic through Traffic Signal Lights, (TSL) synchronize all TSLs through intelligent traffic systems which will recognise the densities of traffic streams and give priorities accordingly.

“Introduce stacking lanes for both left and right turns at these junctions which will also contribute to increasing the capacities of our roads at the junctions thereby reducing travel time.”

In the same vein, Governor Sanwo-Olu visited the Lekki coastal roads to ascertain the level of work done by men of the State’s environmental Task Force, who had gone earlier to clean up the illegal structures built on the right of way.

Satisfied Sanwo-Olu said that government will immediately move in and start work in the area to avoid further encroachment and illegal occupation of the large expanse of land.

Controversy on Direct Primaries Should Not scuttle passage of Electoral Bill...