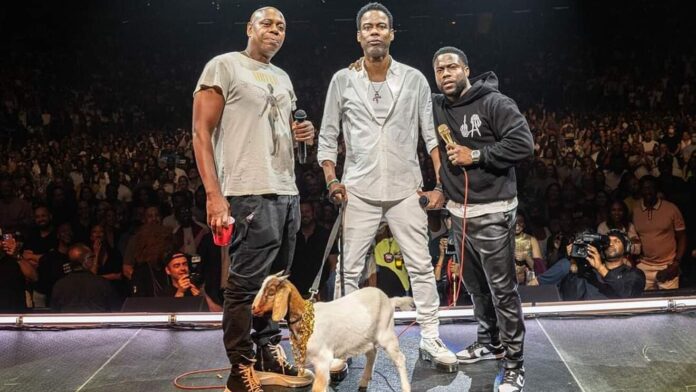 Four months ago, during the Oscars Awards, legendary American actor, Will Smith slapped his friend and colleague, Chris Rock, live on stage for making a joke about his wife, Jada Pinkett-Smith’s bald head.

While sanctions have been made against Will Smith by The Academy Awards, the Fresh Prince of Bel-Air has since apologised for his actions.

However, his remorse has not stopped other comedians from making jokes about the incident. In a recent stand-up comedy show, funnyman, Kevin Hart presented Chris Rock with a goat called “Will Smith” on stage.

Their counterpart, Dave Chappelle, 48, who joined the guys during the show, then said: ‘Don’t act like I’m crazy, you brought the goat here. This goat is confused. What are you gonna name this goat Chris?’

With Kevin then quickly jumping in to declare the name as Will Smith.