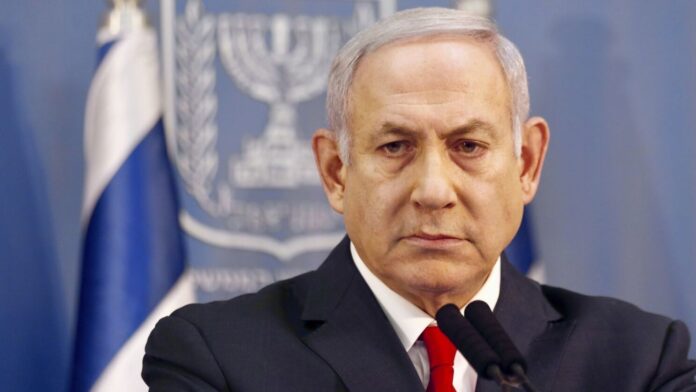 Israel’s Benjamin Netanyahu held a nearly unassailable lead Thursday with vote counting almost complete following this week’s election, setting him up to form what may be the most right-wing government in Israeli history.
With more than 90 percent of ballots counted, according to the Central Elections Committee, the results so far put former premier Netanyahu’s right-wing bloc ahead in the country’s fifth election in four years.
His Likud party, its ultra-Orthodox Jewish allies and a surging far-right alliance called Religious Zionism were on track for a clear majority in Israel’s 120-seat parliament, spelling the end of an unprecedented period of political deadlock.
Caretaker Prime Minister Yair Lapid, a bitter Netanyahu rival, has not yet conceded defeat, telling supporters of his centrist Yesh Atid party that the country needed to wait until all votes were counted.
As the remaining ballots were being tallied, the bloc that supports Netanyahu still held 65 seats. The small left-wing Meretz party was hovering around the 3.25 percent threshold needed to secure a minimum four parliament seats.
If Meretz crosses the line, it could alter Netanyahu’s margin of victory, but would not necessarily threaten his majority.
The 73-year-old Netanyahu was poised to clinch his comeback after roughly 14 months in opposition. He remains on trial over corruption allegations, which he denies, with the case returning to court on Monday.
Coalition talks
Netanyahu has already begun talks with coalition partners on the make-up of a new government, Israeli media reported, but there was no immediate confirmation from his Likud party.
If the final results confirm Netanyahu’s victory, President Isaac Herzog will next week give him 42 days to form a government.
The veteran hawk, who has served as premier for longer than anyone in Israel’s history, will then be tasked with sharing out cabinet posts with his coalition partners.
That will likely mean prominent roles for the co-leaders of far-right Religious Zionism, which is projected to win 14 seats, doubling its representation in the last parliament.
Itamar Ben-Gvir, a firebrand known for anti-Arab rhetoric and incendiary calls for Israel to annex the entire West Bank, has said he wants to be public security minister, a post that would put him in charge of the police.
In recent days, Ben-Gvir has called repeatedly for the security services to use more force in countering Palestinian unrest.
“It’s time we go back to being masters of our country,” Ben-Gvir said on election night.
Whatever the final result, Ben-Gvir was described as “the big winner of this election” by politics lecturer Julia Elad-Strenger of Israel’s Bar-Ilan University.
“He took from the haredim (ultra-Orthodox), from the Likud, of course new young voters and people who had no one to vote for,” Elad-Strenger said.
The US State Department expressed veiled concern over the prospect of far-right ministers in a future coalition government.
Religious Zionism co-leader Bezalel Smotrich has indicated he wants the defence ministry, likely an uncomfortable request for Netanyahu who has branded himself as the guardian of Israel’s security during decades in public life.
Arab split
The vote was held Tuesday against a backdrop of soaring violence across Israeli-annexed east Jerusalem and the occupied West Bank.
At least 30 Palestinians and three Israelis have been killed in the territories since early October, according to an AFP tally.
In the latest bloodshed Thursday, an unidentified assailant stabbed an Israeli officer in Jerusalem’s Old City before being shot dead, police said.
While many candidates cited security as a concern, none pledged to revive moribund peace talks with the Palestinians.
Palestinian prime minister Mohammad Shtayyeh said the projected results highlighted “growing extremism and racism in Israeli society”.
The remaining votes to be counted were those of special groups, including soldiers, diplomats and prisoners.
A key factor seen as boosting Netanyahu was the split among Arab parties, who ran as three separate factions instead of the joint list that saw them win a record number of seats in March 2020.
Separately, not all the factions reached the threshold for representation in parliament, meaning their votes were wasted.
Sami Abou Shahadeh, the head of the Balad party that rejects any cooperation with Israeli governments, defended his party’s decision to run independently, even though it was set to be shut out of parliament.
“We may be losing our representation in the Knesset but we won the love of our people,” he said.