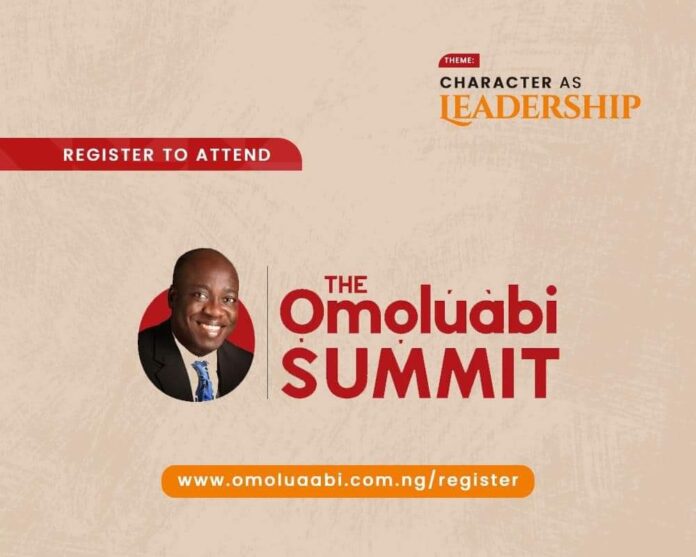 Former Senate President and Chairman of the 8th National Assembly Sen. Abubakar Bukola Saraki, Governor of Ekiti State, and Chairman of the Nigerian Governors Forum, Dr. Kayode Fayemi are some of the dignitaries expected at The Omoluabi Summit, in commemoration of the International Youth Day.

In a statement by Seun Awogbenle on Saturday, he disclosed that while Sen. Saraki is expected to serve as the Chairman, Dr. Fayemi will deliver the keynote address, on the theme Character as Leadership.

Awogbenle disclosed that, other speakers at the event include, Hon. Shina Peller; member of the House of Representatives and 2023 Accord Party Senatorial Candidate for Oyo North, Olusegun Adeniyi; Chairman Editorial Board, This Day Newspaper, Hon. Mohammed Ibrahim Ajia; 2023 PDP House of Representatives candidate for Ilorin West/Asa and Aisha Ahman-Pategi; Kwara State Former Commissioner for Special Duties. Islamic Cleric, Sheikh Abdulrazak Aduagba will serve as the Guest Lecturer, while the panel will be moderated by Seun Okinbaloye, Channels TV News Anchor.

According to Awogbenle, in addition to commemorating International youth day, The Omoluabi Summit will also be an opportunity for young people, to celebrate the Omoluabi values, which have long been espoused as a personal, professional, and political philosophy by Politician, Author, and Journalist, Mallam Bolaji Abdullahi.

Abdullahi, a former Minister for Youth and Sports in Nigeria, former Kwara Commissioner for Education, and the 2023 PDP Senatorial Candidate for Kwara Central, believes that our personal and collective choices as a people must be guided by a devotion to strong values, high moral standards, and character principles.

“We have chosen the opportunity of the international youth day, to restate the importance of Character principles at the individual and communal level. Abdullahi has always maintained, that the change that we seek as a nation, can only happen through the transformation of the individual.

“According to him, it is only by the transformation of the individual that we can hope to rise to our full potential and embrace our true destiny as the greatest black nation. It is, therefore, our expectation, that the summit, would inspire young people through personal and practical examples of courage, integrity, humanity, nobility, service, and devotion to the public good, which are the enablers of development.”

Awogbenle said they have chosen to focus on youth engagement because they are convinced of the promises that young people hold for the present and future of the country. He said, the summit is open to youths and indeed every Nigerian, who is convinced that there is an urgent need to set a new standard for leadership.

The event will hold on Friday, August 12, at the Arca Santa Event Centre, Ilorin by 9:00 am. The statement concluded.