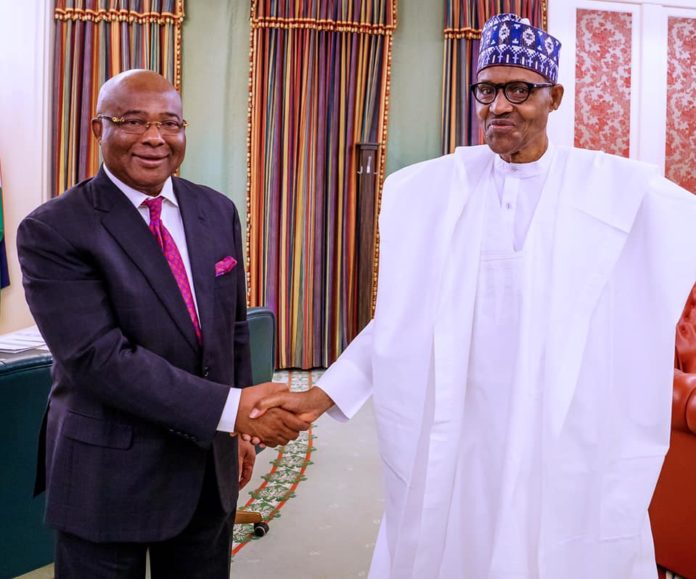 Imo State Governor, Hope Uzodinma, has sought a refund of over N32billion his predecessors spent on Federal Government’s projects, especially on roads in the state.

Speaking with State House correspondents after the meeting, he said he raised the issue with Buhari because Imo was ‘financially distressed’.

He said, “About N32bn that was spent on federal roads in the past…Imo is financially distressed.”

Uzodinma’s immediate predecessor, Mr Emeka Ihedioha, a member of the Peoples Democratic Party, is contesting the Supreme Court judgment that sacked him in January.

Before Ihedioha, there was Rochas Okorocha, who was governor between 2011 and 2019.

The governor added that he briefed Buhari on the state of things in Imo State, adding that the President gave him listening ears.