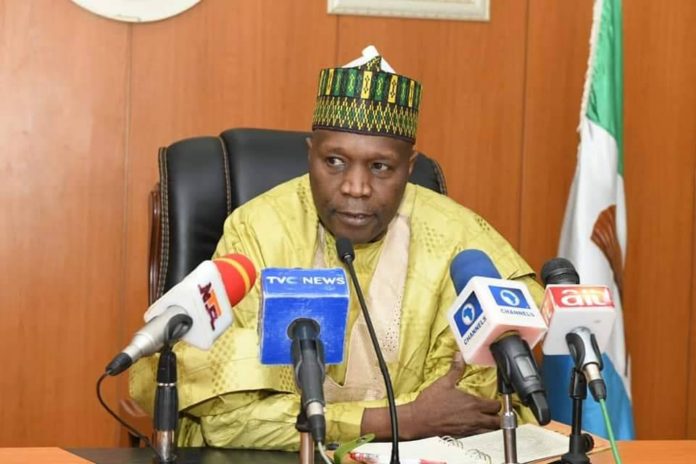 Gombe State Governor, Alhaji Muhammadu Inuwa Yahaya has flagged-off the construction of Degri-Dashi-Bembelem-Reme-Dong-Talasse 21 km N3. 74b road in Balanga Local Government Area of the state in order to open up the area and boost economic growth.

While performing the flag-off ceremony on Tuesday, the Governor disclosed that already, about the sum of N1.2 billion Naira has been released to the contractor as a mobilization fee to enable them to speed up the work.

The Governor who underscored the importance of the road said that when completed, it will connect the Southern and Northern parts of Balanga Local Government as well as open up many communities around the hilly terrain and boost agriculture.

Inuwa Yahaya further disclosed plan to come up with a programme called ‘Network Eleven Hundred (Network 11-100)‘, aimed at constructing at least 100KM of roads in each of the 11 Local Government areas of the state.

Inuwa Yahaya had earlier flagged-off the issuance ATM cards to the beneficiaries of Public Workfare (PWF) and Special Grant Transfers (SGT) of the Youth Employment and Social Support Operation (YESSO) in Gombe state.

He also flagged-off a tree-planting campaign at the Model Central Primary School, Talasse, under the ‘catch them young’ initiative of the Gombe Goes Green project.

The road project contract, awarded to Messrs Eighteenth Engineering Construction (EEC) International Limited at the cost of N3.74 billion, has a completion period of 18 months as contained in a statement by Ismaila Uba Misilli, Senior Special Assistant, Media and Publicity.