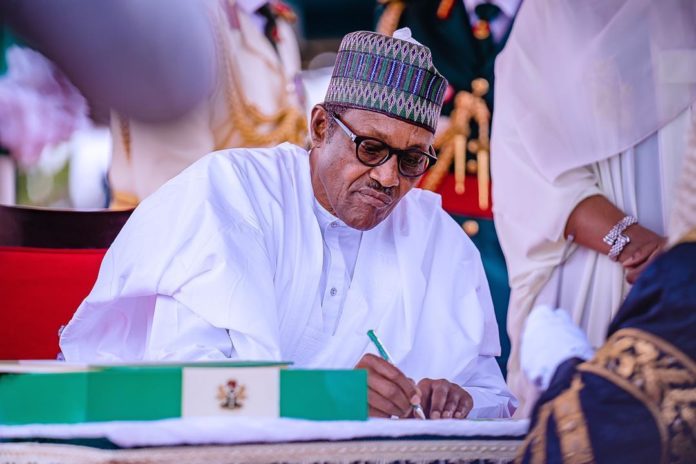 The Federal Government has proposed constitutional amendment that will  move the Correctional Service formations from Exclusive  to Concurrent Legislative List.

The government has also started working out the modalities to grant amnesty to inmates in Correctional Service Centres.

These are part of the moves of the Presidential Committee for the decongestion of the Correctional Centers set up by President Muhammadu Buhari.

The committee is being coordinated by the Attorney General of the Federation and Minister of Justice, Abubakar Malami (SAN) with the Minister of Interior, Rauf Aregbesola, the Chief Justice of the FCT and the Comptroller General of the Nigerian Correctional Service as members.

Our correspondent gathered the committee had already proposed far-reaching measures to decongest the prison in order to prevent the spread of coronavirus among inmates.

It was learnt the categories of inmates that will be considered most are those that stayed in Correctional Service Centres for a period above ten years and those that have stayed for a longer period without any documentation relating to their detention.

Those that will benefit also include those that were convicted with an option of fine and those that have been in the Centers on holding charges in respect of offences that the Magistrates that sent them to correctional service formations do not have the jurisdiction to try the cases, among others.

The AGF explained to our correspondent on Friday that the move had become imperative in order to decongest the correctional centres and to curb the spread of COVID- 19.

“The benefits will not cover inmates serving jail terms for capital offences such as murder, kidnapping, armed robbery, rape and treason among others,” Malami said while responding to inquiries through his media aide, Dr Umar Gwandu.

He stated that the President had been mindful of the need to decongest prisons with particular regards to the fact that around 70 percent of the inmates of the Nigerian Correctional Service Centres were awaiting trial.

Malami said, “The committee has already recommended that courts, Federal Ministry of Justice, the Correctional Service formations, Governors and Attorney-Generals of states, among others be encouraged to intensify actions to ensure that the Correctional Service formations are not further congested taking into consideration the prevailing health challenges associated with Covid- 19.

“The Committee requested that Mr President may wish to consider his powers of Prerogative of Mercy in speeding of decongestion, while governors of states and their CJs be encouraged to visit correctional service formations for the purpose of decongestion.

“The Committee is of the view that the Federal Executive Council and the State Governments be encouraged to consider payment of fines in respect of minor offences for those categories of inmates that could not afford paying of same in respect of offences that attract fines arising from the convictions.

He added, “By way of long term measures, the possibility of amending the Constitution of the Federal Republic of Nigeria by way of considering an amendment that will  move the Correctional Service formations from Exclusive  to Concurrent Legislative List among others is equally considered.”