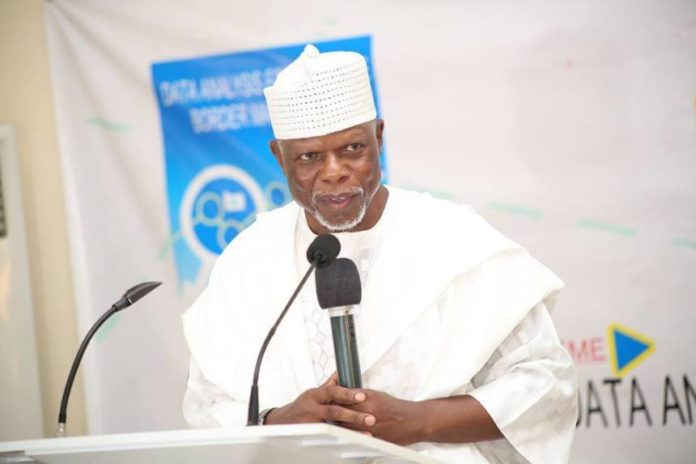 The Nigeria Customs Service (NCS) on Monday said it was preparing to conduct an aptitude test for 162,399 candidates out of 828,333 that applied to fill in the 3,200 job vacancies it advertised in April 2019.

The Public Relations Officer of Customs, Joseph Attah, a Deputy Controller, who made the disclosure in a statement, also regretted what he revealed to be “disturbing attempts by internet fraudsters to hack and discredit the recruitment process”.

According to him, “the Comptroller-General of Customs, Hameed Ibrahim Ali, has expressed dismay over the criminal activities of these elements and gave assurances of his determination to preside over a recruitment process that will be credible, transparent and smooth from the beginning to the end.

“In-line with our earlier stated guideline, those shortlisted are being notified via their e-mail addresses and telephone numbers.

“Consequently, all those notified will do their aptitude tests at a date and centre indicated in their respective notification slips, they are expected to print from their e-mail account.”

“Hence, any such request from any quarter should be regarded as fraudulent and ignored.

“All short-listed candidates coming to the centres are to come along with the notification slips and identity card. They are to be in their best behaviours and comply with all instructions during the aptitude tests as doing the contrary could lead to instant disqualification,” he added.

The Customs online recruitment portal was unveiled on Wednesday, April 17, 2019 and was closed three weeks later.

Out of 828,333 candidates that applied online, 524,315 candidates successfully completed the process while 156,948 registered on the portal but failed to complete the process.

Attah explained further: “Out of the 524,315 candidates, 278,582 applied for employment in the Customs Superintendent cadre while 120,184 applied for positions in the Inspectorate cadre. Again, 115,987 applied for the Customs Assistant cadre.

“In all, 828,333 visited the site, some registered but could not complete the application process. For those who started and completed the process of application properly and the system accepted them, we have a total number of 524,315.

“We have a total number of 156,948 applications hanging. This means that they started the process but they could not finish until the time elapse and the system shut down.”

The Customs spokesman further revealed the process of screening the applicants was ongoing, adding that only shortlisted candidates will be invited for interviews in line with its internal recruitment template.

“Now that the system has been shut down, what is going on presently is screening, which is being done electronically because we have parameters that have already been keyed into the system.

“For instance, we discovered some people who read History, Geography and Biochemistry applied for marine-related jobs. So, the system will weed out all these applications using the parameters that have been filled in and then bring out those whose documentation are directly relevant to the position advertised.

“When that is done, that would be the shortlist. All those on the shortlist will receive an email inviting them to go for examination and other screening that will follow,” he noted.

Attah warned all prospective job seekers to look out for phoney portals that may be unveiled by online fraudsters to defraud them.

He advised them to only accept communication from authentic Customs channels.

“We are aware that internet fraudsters will want to cash in at the moment and introduce all sorts of portals. The Customs portal has closed and, therefore, any invitation to visit any site especially on the social media are fake and the handiwork of fraudsters who want to extort money from desperate applicants,” he said.

The Acting Deputy Comptroller-General of Customs, Umar Sanusi, on April 16, 2019, announced at a press briefing held at the Customs headquarters that 2,200 persons will be recruited as general duty junior officers, while 800 will be between the rank of Customs Assistant and Superintendent.