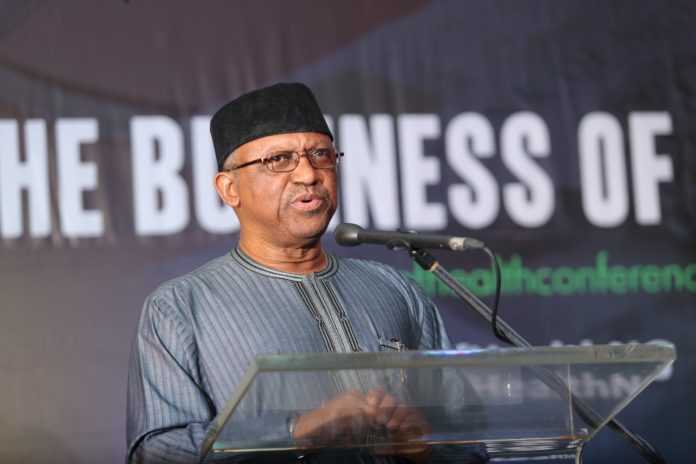 The Minister of Health, Osagie Ehanire, has said over 2,000 people have been tested for the new coronavirus disease.

Ehanire, who spoke during a live briefing by the Presidential Task Force on COVID-19 in Abuja on Wednesday, said Lagos State had led the way in providing bed space capacity for isolation and treatment, adding that other state governments needed to follow suit.

He said, “As of now, well over 2,000 persons have been tested with the hope of further expanding and improving diagnostic capacity across the board to shorten turnaround time and increase the volume.

“Since this week, two more laboratories were added to the Nigerian Centre for Disease Control network of the molecular laboratories for COVID-19 at University College Ibadan and Federal Teaching Hospital Abakaliki, Ebonyi State, increasing our test sites to seven, to start scaling up testing capacity with the hope of further increase when human resources are mobilised for round-the-clock shift duty.

“As part of preparedness in the Abuja metropolis, we have over 1,000-bed spaces ready for isolation and treatment of mild to moderate cases, which we can expand if the need arises.”

The health minister stated that intensive care units were ready in Gwagwalada and National Hospital, both in Abuja, for those who may have complications, especially those with the underlying illnesses like Tuberculosis, HIV, cancer, and also the elderly.

“We urge families to protect their elderly and vulnerable people by not exposing them to unnecessary social hazards,” he added.

The minister said he had held a teleconference with state commissioners for health during which many issues were covered to have a better alignment of Federal and state structures.

“I urged them to identify and establish isolation centres for the treatment of mild and moderate cases as well as ICU units. Lagos State has expanded its isolation ward to surge capacity and Ogun State governor commissioned over 200 bed-capacity isolation centres.

“I urge other states to prioritise identification of same within their states, beginning with our tertiary hospitals. They are ready and have been instructed to make space available.

“All facilities, including private facilities where isolation and treatment of coronavirus-infected persons are to be conducted, will be visited by a team comprising experts from NCDC, Specialist Hospital Irrua, and headed by the Commissioner for Health of Lagos State,” Ehanire said.

The Office of the National Security Adviser, according to him, is also invited to join the inspection, since coronavirus disease has national security implications.

The minister said, “We have engaged hundreds of ad hoc staff to support response and Port Health authorities staff previously stationed at the airports to be deployed at borders and key interstate roads along with security agencies.”