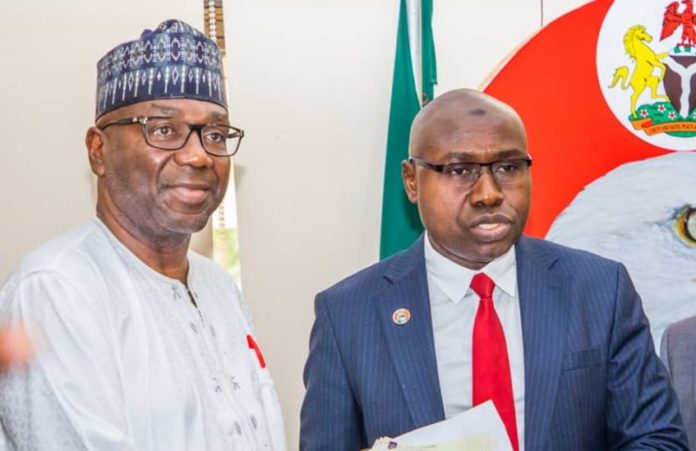 As efforts to bring an end to the Coronavirus Disease, COVID-19 in Nigeria continues, commendations have come the way of the Economic and Financial Crimes Commission, EFCC as the Kwara State governor, AbdulRaman AbdulRazaq has revealed that funds recovered by the Commission for the state have been helpful in setting up Isolation Centres as part of its strategic activities to combat the disease.

It will be recalled that among other recoveries, the Ilorin Zonal Office of EFCC, handed over N263,327,800 (Two Hundred and Sixty-three Million, Three Hundred and Twenty-seven Thousand, Eight Hundred Naira) only to the state in March 2020, being recovered money stolen from the Kwara Internal Revenue Service, KWIRS and 16 Local Government Areas of the state.

AbdulRazaq, while giving an update on COVID-19 in Kwara State, said the recovered funds strengthened Kwara’s ability to put in place necessary facilities, among other counter-COVID-19 efforts, as well as revamping the state’s hitherto ailing health sector.

He said: “We have bought five new ambulances (three on the ground and two are on the way).

“We have 10 ventilators now and we expect to have 30 by the end of the month and that’s one of the highest in the country today.

“We now have a mobile x-ray machine too.”

He further added that with the timely intervention of the EFCC, his administration has been able to fund the refurbishment of the state’s oxygen plant which had been in a deplorable state for the past nine years.

The recovered funds, according to him, became handy at a time when there was dwindling revenue and allocations arising from the global oil crisis caused by the COVID-19 pandemic.