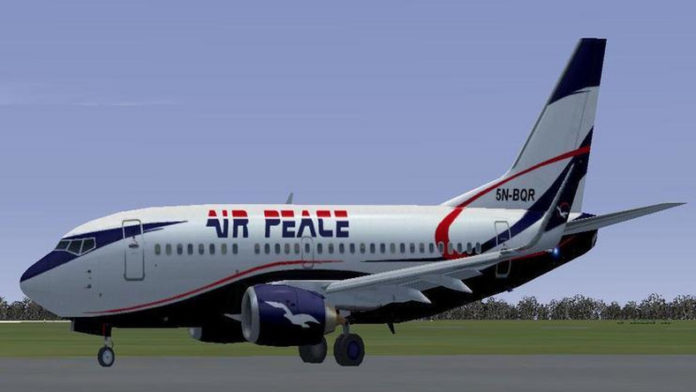 Air Peace, Arik Air, Dana Air, Azman and Max Air  have said they will be suspending all their domestic flight services as part of efforts to curtail the spread of the coronavirus.

While Air Peace, Arik Air and Azman’s suspension will become effective from midnight of Friday, March 27, Max Air will begin on Saturday, March 28.

Dana said its service would be suspended from midnight of Wednesday March 25.

The Media and Communications Manager of Dana Air, Kingsley Ezenwa, said the airline’s suspension would be for two weeks.

The Chief Operating Officer of Air Peace, Mrs Toyin Olajide, said the airline’s flight operations would be suspended for 23 days.

She said, “This difficult decision was reached in order to, not only, support the efforts of the Federal Government and other stakeholders in curbing the spread of this virus in our nation but also to protect our teeming passengers and our staff from becoming victims of the pandemic.”

“Continuation of flight operations in the present circumstances we find ourselves as airlines could lead to the total collapse of any airline hence the need to quickly stem the rising financial burden and cost of operations.”

Olajide said normal scheduled flight operations would resume on April 20, adding that the airline would be willing to operate special flights both for the government and the people.

The Chief Executive Officer of Arik Air, Capt. Roy Ilegbodu, said the airline would also be available to support government emergency, humanitarian and charter flight requests during the period of suspension of air transport operation.

Aero Contractors had on Tuesday said its flight services would be suspended from the midnight of Thursday.

Why foreign investors are trooping to Kogi State – Gov. Yahaya...

Kwara: PDP is frustrated by the Giant Strides of Governor AbdulRazaq