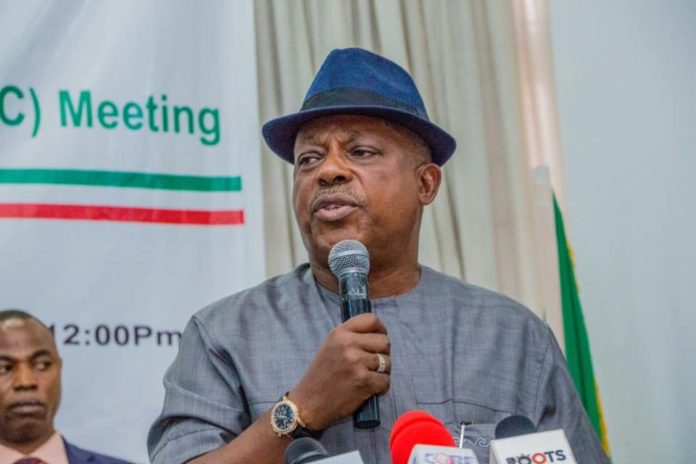 The Peoples Democratic Party (PDP) has lamented that President Muhammadu Buhari’s long-awaited address on the Coronavirus (COVID-19) pandemic came “empty” and failed to address the impact of the scourge on Nigeria.

The president had in his broadcast called on Nigerians to support the surveillance and control measures adopted by the government to combat the spread of the virus in the country.

Mr Buhari during his first address to Nigerians on the coronavirus crisis said the government was committed to stopping the spread of the disease.

“Some of these measures will surely cause major inconveniences to many citizens. But these are sacrifices we should all be willing and ready to make for the greater good of our country,” Mr Buhari said.

But in a statement by its National Publicity Secretary, Kola Ologbondiyan, on Monday, the party said outside the social distancing and isolation, which Nigerians had already imposed on themselves, Mr. President had no new solutions to offer Nigerians.

“The PDP regrets that the address did not touch on the real necessities of majority of Nigerians who reside in the states where President Buhari had ordered a lockdown,” the party said.

“It is unfortunate that Mr. President failed to respond to demands on hope for medications, direct social palliatives, cut in taxes as well as reduction in the pump price of fuel even with the cut in the price of petroleum and crude oil in the international market.”

The party spokesperson said it was saddening that even in areas where Mr. Buhari announced an ambitious intervention, such remained largely cosmetic as “there are no clear palliative content but moratoriums on loans with no clear data for implementation.”

“Mr. President is reminded that already, the COVID-19 had affected the performance of those loans. Granting them moratoriums is therefore of no consequence to the capital and interest on them.

“It is rather unfortunate that Nigerians had to wait this long for an address that came out empty and failed to respond to anxieties,” the party said.

The PDP said Nigerians expected Mr. Buhari to articulate an across-the-board and far-reaching strategy that would have captured the need of each state of the federation as they were today, instead of a parochial approach to a national anxiety.

The party urged the president to go back, listen to the nation, retool his policy framework and implementation strategy to properly address the fears as well as the needs of Nigerians, including health safety measures and the real remedies that meet the anxieties of our nation at this critical time.

Nigeria reported its first confirmed case on February 27 and the number of cases has since risen.

As of Tuesday, the country has reported 135 cases. The breakdown according to states shows that Lagos has recorded the highest, followed by the FCT.

Meanwhile, two deaths has so far been reported from the outbreak.