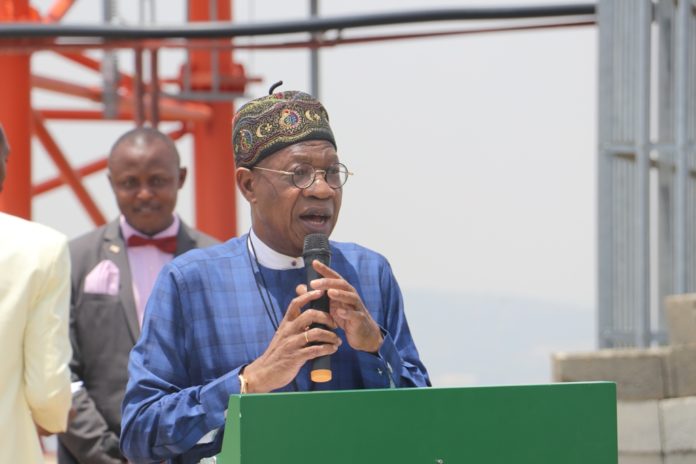 Amidst growing criticism of the country’s debt profile, the Minister of Information and Culture, Alhaji Lai Mohammed, said on Monday the regime of President Muhammadu Buhari alone could not be blamed for the country’s debt stock.

He said the debt stock was “a cumulative figure of borrowings by successive governments over many years”.

Speaking at a media briefing to present the Buhari government’s major achievements, Mohammed, however, said there was yet no cause for alarm over the country’s $83bn (about N25.5tn) debt.

According to him,   the country still operates within its debt ceiling of 25 per cent in the total public debt stock to Gross Domestic Product.

Former President Olusegun Obasanjo, who headed one of the previous governments (1999 – 2007) that the minister referred to, on Friday joined prominent citizens, economists and organisations, including the World Bank and the International Monetary Fund to warn Nigeria against its rising debt profile.

Obasanjo, who was a keynote speaker at the ‘Why I am Alive’ campaign in Lagos, said Nigeria risked impending bankruptcy over debt accumulation by the government.

He said things might get worse economically as Nigeria and other African countries kept piling up debts, saying he was worried future generations who would have to pay such loans.

The candidate of the Peoples Democratic Party for the 2019 presidential election, Alhaji Atiku Abubakar, had also said the  Buhari administration had taken more loans in the last three years.

But the minister justified the borrowing, saying no government would sit by and do nothing in the face of massive infrastructural decay.

He said, “Recently, there have been concerns in certain circles about the country’s growing debt, both domestic and external. In the process, there have been some misrepresentations and scaremongering. We, therefore, believe it is important to put things in the right perspective, so our citizens will be well informed

He noted that the debt service to revenue ratio had however been higher than desirable, which informed the push by the government to diversify the economy and increase oil and non-oil revenues significantly.

He said the government was also widening its tax base to capture more tax-paying citizens.

Mohammed added, “In the face of massive infrastructural decay, no responsible government will sit by and do nothing. This administration’s borrowing, therefore, is aimed at revamping our infrastructure, including roads, bridges, railways, waterways and power, to help unleash the potential of the nation’s economy. The loans for the educational sector will contribute to the development of our human capital while the loans for the agricultural sector will help the move to diversify the economy.”

Meanwhile, the minister also stated that the Federal Government had succeeded in reducing the cost of governance and the rate of corruption in the country with the aid of the different policies put in place during the course of the year.

RE: Why Kwarans Must Apologise to Senator Bukola Saraki – Tajudeen...