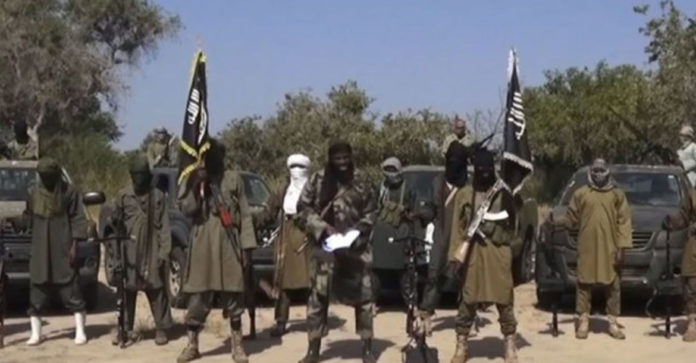 The attackers also burnt down the community’s church and a school. They also abducted a man on their way out.

The attack which occurred during the night was not repelled, residents told newsmen.

Residents who had retired into their homes due to the chilly harmattan weather were forced to flee into the bushes as the gunmen stormed the agrarian village, shooting sporadically.

According to a resident who spoke to newsmen from Biu, the gunmen set fire on the town’s church and a primary school and waited until it burnt down before they left.

“They have burnt down a church, a school and some shops in the town,” said the source who asked not to be named.

“They have also taken away one man whom they caught while trying to escape.”

The source said the fleeing villagers spent the night out in the cold till this morning.

“They have all returned to the town this morning,” he said, suggesting no one was killed in the attack.

Mr Adamu, who hails from Mandaragirau, said: “it was a sad development that happened to our people again last night.”

Boko Haram has in the past week sustained attacks on communities around Biu town which is the headquarters of Biu Local Government Area where the Emir of Biu has his palace.

From the Christmas Eve to last night, the villages of Yamarkumi, Mainahari, Miringa, Buratai, and Mandaragirau have been attacked by the Boko Haram, who appear bent on hitting the town of Biu.

The attacks are belived to have been executed by ISWAP, a Boko Haram faction.

Many of the attacks were repelled by security personnel and youth vigilante groups in Biu.

Biu is also the local government of the Chief of Army Staff, Yusuf Buratai. It is also where the Nigeria Army University is located.

Since the Boko Haram insurgency commenced in 2009 and its conquests of towns and communities in 2014, Biu town has been one of the few Borno towns that has continued to resist the attacks.

The Sunday attack on Mandaragirau during which a church and a school were torched, also symbolized Boko Haram’s ideological dislike for Western Culture and Christianity.

Since 2009 when the insurgency was birthed in Maiduguri, the Borno state capital, more than 35,000 people have been killed according to the UN. The Borno State government said the figure could be as high as 100,000.

The Boko Haram war has also caused the displacement of over 3 million people from the Northeast states of Adamawa, Borno, and Yobe.