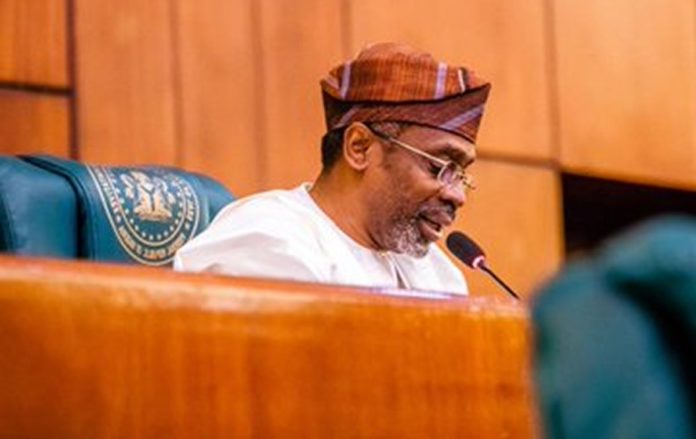 The Speaker of the House of Representatives, Femi Gbajabiamila, has said the National Assembly will rather be a rubber stamp for the progress of the country than fight the executive arm of government.

Gbajabiamila spoke on Sunday during a meeting with members of his constituency in Surulere, Lagos State.

The event, tagged, ‘2019 End of the Year Grassroots Empowerment Programme,’ was attended by residents, members and leaders of the All Progressives Congress in the state.

Different gifts and equipment, including financial donations, were presented to the constituents, who turned out in large numbers.

The Speaker thanked the crowd for supporting him, promising to do more for them by rehabilitating schools and building more roads and health centres.

Gbajabiamila, while reacting to the allegation of becoming an appendage of the executive, said the decisions of the 9th Assembly were in the interest of Nigerians.

He said, “People, critics and members of other parties have said the 9th Assembly is a rubber stamp of the executive. They may have told you that, too. You know what? It is better to be a rubber stamp and bring progress, than fight the executive without progress. When two elephants fight, the grass suffers.

“The fact is that the National Assembly is not a rubber stamp. This is a National Assembly that represents the interests of the people .The people of Surulere did not elect me to fight the executive, but to engage and collaborate with stakeholders to bring the dividends of democracy.

“This is a new dispensation. There will be checks and balances. There will be separation of powers. We will agree with the executive if we have to and we will disagree if we have to. Our watchword is to protect the interests of the Nigerian people. That is the oath that my colleagues and I swore to.”

He noted that the lawmakers had returned the budget cycle to January to December with the 2020 budget, adding that the development would increase economic activities and give enough time for budget implementation.

The Speaker explained that in the last 20 years, it was the first time that the country would be running a January to December budget, saying it would restore the confidence of investors.

Gbajabiamila also said the closure of the border by the President, Major General Muhammadu Buhari (retd), had started yielding results.

“I am sure so many farmers are now laughing all the way to the bank. The volume of Christmas rice sales made by Nigerian farmers speaks to the emerging culture of eating what we grow,” he added.