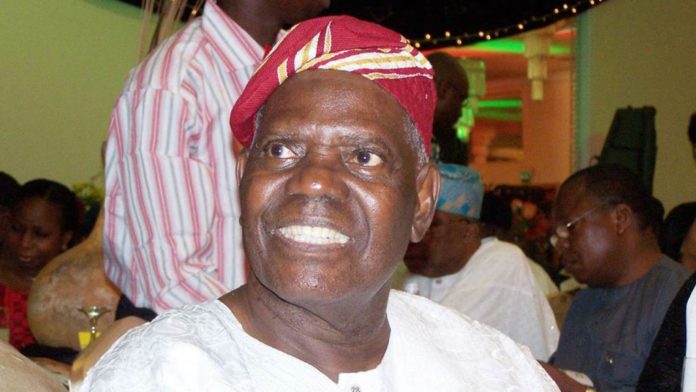 Chief Akande spoke in his Ila residence at a press conference held to mark his 81st birthday anniversary on Thursday.

The former interim national chairman of All Progressive Congress said Nigeria’s federation was a confusion, adding that in federating states globally, two tiers are recognised.

He said apart from the central government, the only tier of government recognised is federating unit.

“In any federalism all over the world, in Canada, in Australia, it is only two tiers of government. Central government and the federating units.

“When you talk of local government autonomy, you are talking about another tier of government. So, one must be abolished,” Akande said.

Asked his position on the Amotekun debate, Akande said the position of Federal Government borders on law.

Akande said he was already reaching out to the stakeholders in the region on the best way to resolve issues surrounding Amotekun.

He said, “Self defence is the best form of defence, when you are inside your house, you hold it with passion, any intruder should be dealt with, but when it involves other people, it has to be done with the culture of the law of the land.

“It been 17 years since I left government, the law might have change.
Amotekun ought to be a Yoruba affair and I don’t discuss such issues publicly. I am already discussing with those that understand the meaning of Amotekun and I believe it would be resolved.”

Asked for an assessment of President Muhammadu Buhari, Akande said the former military leader was now a democrat after learning over the years the democratic ways of handling state matters.